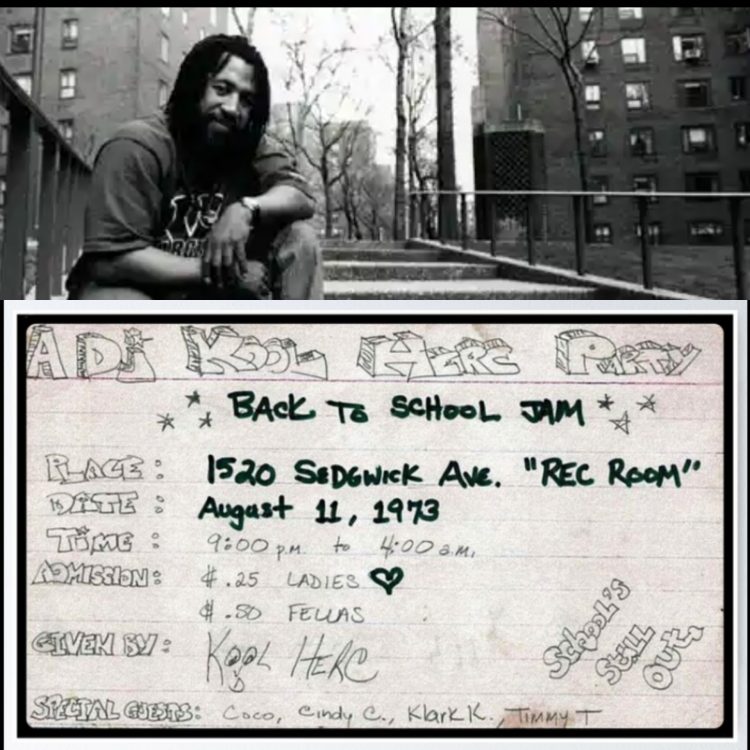 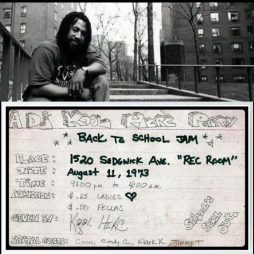 What does Run DMC, LL Cool J, Jay Z, P Diddy, 50 Cent, DJ Khaled, and even Lil Wayne have in common? Well other than being rich, they all are major participants in the same culture. Yeah, I’m talking about Hip Hop. A culture that began long before we were ever introduced to all those big names I just mentioned.

Did you ever wonder who started it? Where it started and when? Well take this short journey back in time with me and together we will explore the origin of Hip Hop. First stop is meeting the founder and father of hip hop; DJ Kool Herc.

Born April 16, 1955 in Kingston, Jamaica (West Indies) Clive Campbell as a little man developed a love of music. He would listen to all kinds of music. His local hero was a DJ from his neighborhood. He would give the biggest house parties every Saturday. Clive was too young to attend them so he would stand outside and listen to his playlist. Herc was so interested that many times he would stop by in the daytime to watch them set up. At that time DJ would spin vinyl not mp3’s like we do today. He saw all of their records and would imagine being a DJ toasting(chanting) and singing over the instrumentals.

In 1967, at age 13 DJ Herc moved from Jamaica to Bronx, NY to join his Mom. There he played sports and lifted weights. He got so big everybody started calling him Hercules. His favorite Basketball player was Walt Clive Frasier so he called himself; Cool Ass Clive. Over time he eventually shortened Hercules to Herc and put the Kool in from of it like his other name. One day his Dad bought a Monster sound system with six-foot speakers. Clive used that system for his very first DJ gig. It was for his little sister Cindy’s birthday party. His parents rented the recreation room in their building at 1520 Sedgwick Ave. They made some handwritten invitations and posted them around the area telling everybody about the Birthday Party. No one ever knew that this one birthday party would later be said that it started a whole culture called; hip hop.

That night August 11th 1973 a 16-year-old Clive became DJ Kool Herc, the Founding Father of the Hip Hop Culture. After that the parties got so big they outgrew the Recreation Center forcing them to have to move the party to a nearby park called; Cedar Park. Unlike today these parties were an escape that made everybody happy. They were also a safe haven even the street gangs came to party and not fighting. Instead they formed Breakdancing Crews who started a different type of battleing. Instead of fist fights these crews would show off all of their dance moves.

Those parties evolved and DJ Kool Herc then decided to rounded up a group of friends to rap while he got busy on the Set (Turntables). The 1st one was Coke La Rock in which Herc called him his Master of Ceremony. That is how the term MC was born. Not only was Coke La Rock Herc’s first MC but he is also Hip Hop’s first MC. Together the two formed the Herculoids. Soon after, people from all over the city would come to see Kool Herc,and the Herculoids perform. Over time their performances inspired others to do what they were doing. Each one adding their twist to the culture and art which led to people doing what they are still doing Worldwide. So now you know! There you have it a brief summary on the origin of Hip Hop’s who, what, and where it was originated.