Raekwon Announces Dates For His “The Wild Tour 2017” 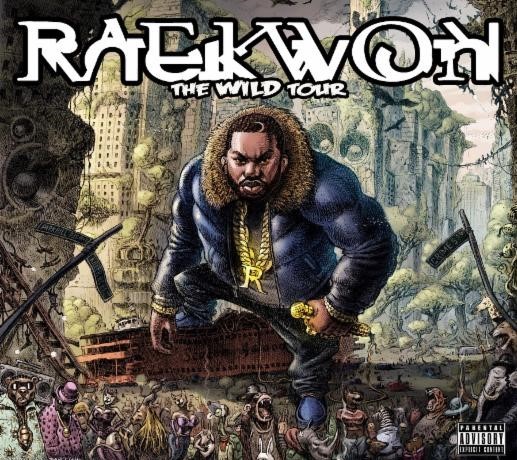 After releasing his seventh solo album, The Wild, Raekwon announces his “The Wild” Tour 2017 to support the project. The highly acclaimed MC will be making stops across the country, kicking off in New York City at the Governor’s Ball Music Festival with Wu-Tang Clan.

For 25 years, Raekwon The Chef has been one of the most sought out voices in hip-hop music. The Staten Island native is a true originator of lyricism, street culture, and rugged NYC style. Rae’ made his musical debut on the 1993 classic album, Enter The Wu-Tang (36 Chambers), dropping iconic verses on the classic singles “C.R.E.A.M.,” “Protect Ya Neck,” and “Can It All Be So Simple.” From swarming the mainstream with his Wu-Tang Clan cohorts to his extremely successful debut, Only Built 4 Cuban Linx, Raekwon is a swordsman with rhymes. Platinum-certified (the album went Gold in a mere four days), the album forever changed the Rap narrative, from the standpoints of narrative and creativity.

Now, Raekwon goes into The Wild, unafraid to lay down his most courageous work and advance the sound once more. Raekwon released The Wild through his own Ice H20 imprint on March 24, cementing himself as an apex predator in the jungle of rap music. Raekwon says of the project, “Even though today is a more digital single-driven world, I’m still in album mode and about doing great bodies of work. This record is about me stepping into the wilderness, and letting the kingdom know that this is the wild.” To both his peers and to younger artists, he is a stamp of approval and authenticity. From 2 Chainz to Yelawolf, to his own Ice H20 artist Pure, Raekwon is a microphone mentor that reaches all generations, geographical regions, and sub-genres within hip-hop.

Booked by Erik Abel of Adler Music Group (Ghostface Killah, Bone thugs-n-harmony, the Cool Kids), The Wild Tour 2017 will have Raekwon bringing his new and classic music to fans in every corner of the country.