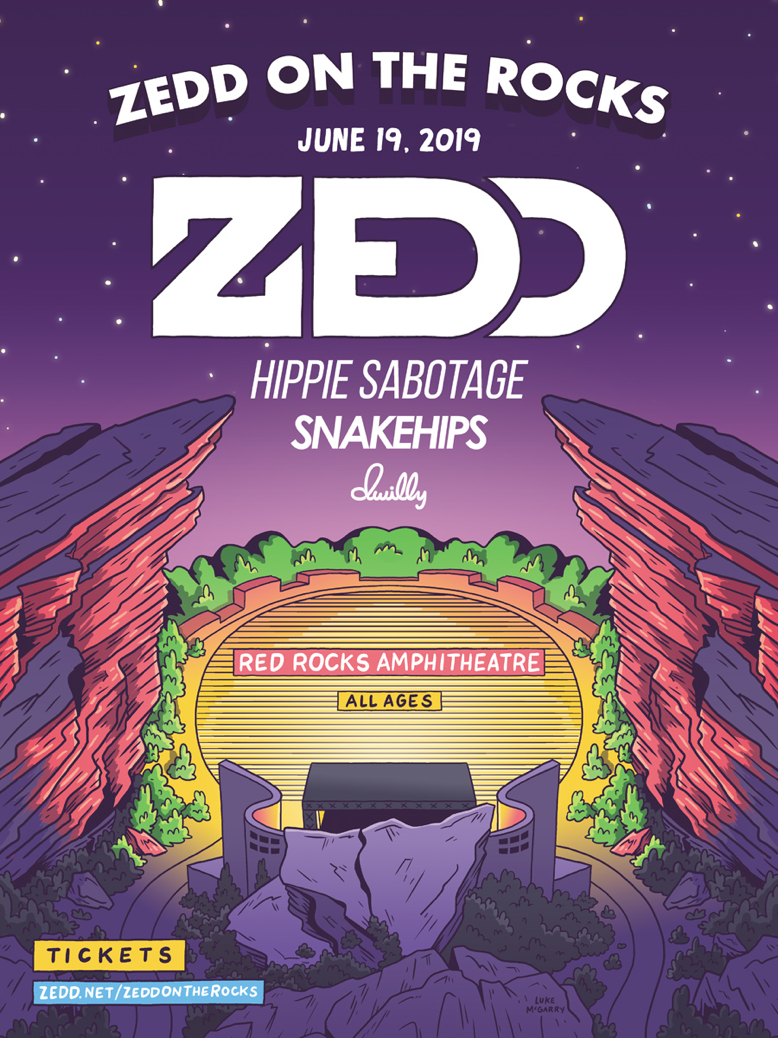 “It has been a dream of mine to play my own Red Rocks show ever since I saw Incubus’ “Alive” DVD at this magical venue many, many years ago,” says Zedd, “I’m beyond excited to finally announce this show and bring my new production to Red Rocks!”

Known for his electrifying live shows, ZEDD ON THE ROCKS follows the success of ZEDD IN THE PARK, his 2017 sold out Los Angeles one-day festival at L.A. State Historic Park. ZEDD ON THE ROCKS continues the tradition started by last year’s ZEDD IN THE PARK of a unique and one of a kind live sonic and visual experience thoughtfully curated by Zedd. Ahead of ZEDD ON THE ROCKS, Zedd will embark on his California Tour in April which includes Coachella, where he’ll play both weekends.

Zedd recently released his new single, “365” with Katy Perry and has already amassed over 40 million streams while the song’s official video has racked up over 20 million views. Vanity Fair declared the song as “silky and fresh,” Rolling Stone called it a “breezy, hypnotic love song,” and Billboard proclaimed, “365″ is a catchy, moody groove.” Stereogum stated, “ ‘365’ is a slinky, streamlined dance-pop song. It’s got a slick sheen and a confident build.”