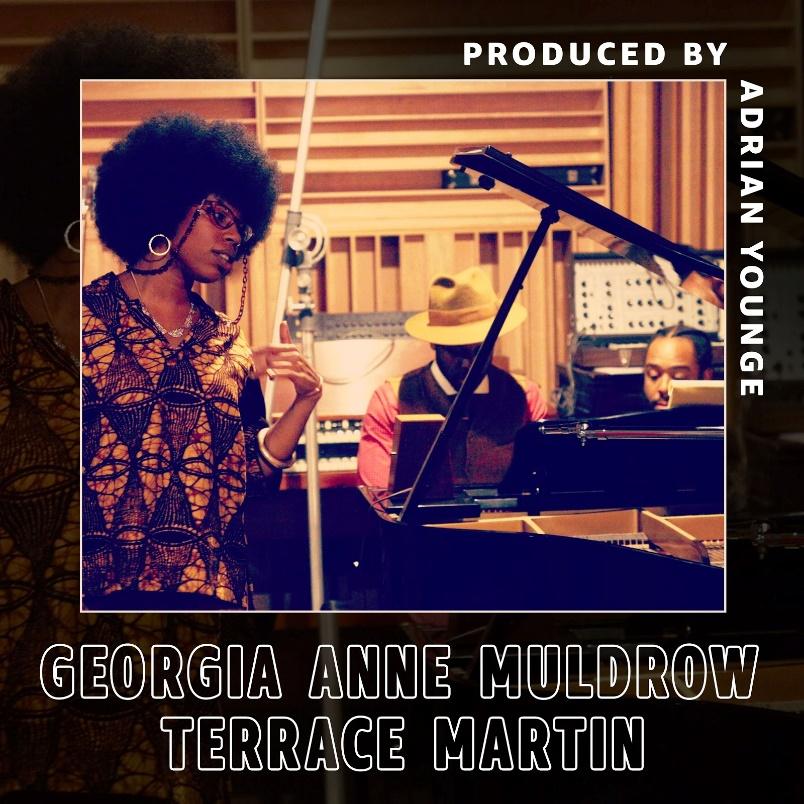 Today, Amazon Music spotlights another producer for their “Produced By” series: Adrian Younge, who will release a four-track Amazon Original collection throughout the month as part of the new installment. The announcement comes with the release of the first track, which is Georgia Anne Muldrow and Terrace Martin’s Adrian Younge-produced song “February.”

“Produced By” pairs producers with a collection of some of today’s top artists across various genres to create exclusive, new recordings for Amazon Music listeners. Throughout the month of February, Amazon Original songs from artists including Estelle, Gallant, and Black Thought will be released as a part of Produced by Adrian Younge. From Adrian’s perspective, conceptually, these songs collectively celebrate the spectrum of black music, and are intentionally releasing in February to coincide with Black History Month. Younge explains:

The obsession with race is disturbing to those that wish to divert attention away from the unyielding attributes that have plagued black America. However, we all must realize how such disenfranchisement has negatively affected us all. We are all equal and we are all human; we all have something to say and something to contribute; essentially, we all deserve to be heard, recognized and respected. That being said, our celebration of black history month brings us closer to understanding the struggles and contributions African Americans have made in making America what it is.

There was a time in America when Blacks weren’t free to pursue their creative endeavors. Such cultural tension led to blacks creating the first American musical art form: Jazz. This music, the antithesis of western idealism, is what continues to inspire black music today. My work embraces this perspective, but furthermore, it serves as a reminder of how music can lay the groundwork for self-expression and cultural awareness. Embrace Black History Month and take the time to realize how black music has shaped the cultural narrative of America.

Adrian Younge has carved out an incomparable niche in the music community. He’s served as a producer, composer, studio head of Linear Labs, and owner of The Artform Studio in Highland Park, CA. Adrian, along with his production partner Ali Shaheed Muhammad (A Tribe Called Quest), is best known of late for work on the stellar score to the Netflix/Marvel series Luke Cage. Over the years, the versatile Younge has collaborated with artists including Jay-Z, Wu Tang Clan, Kendrick Lamar, Snoop Dogg, Ceelo, Raphael Saadiq, and more.

“Adrian has a very strong sense of vision; he’s completely sure about what he wants to create,” Georgia Anne Muldrow says. “So he built this song like lattice; sturdy and precise with plans for organic lines to wrap around it. The wisdom he imparted? A-1. It has been a great honor to work and learn at Linear Labs. There’s a character attached to every item in there that makes it a palace of creativity. Mr. Younge is filming music in there.”

“Adrian Younge has a very special ability to see the future with using traces from the past which to me is the total package of a true record producer,” Terrace Martin adds.