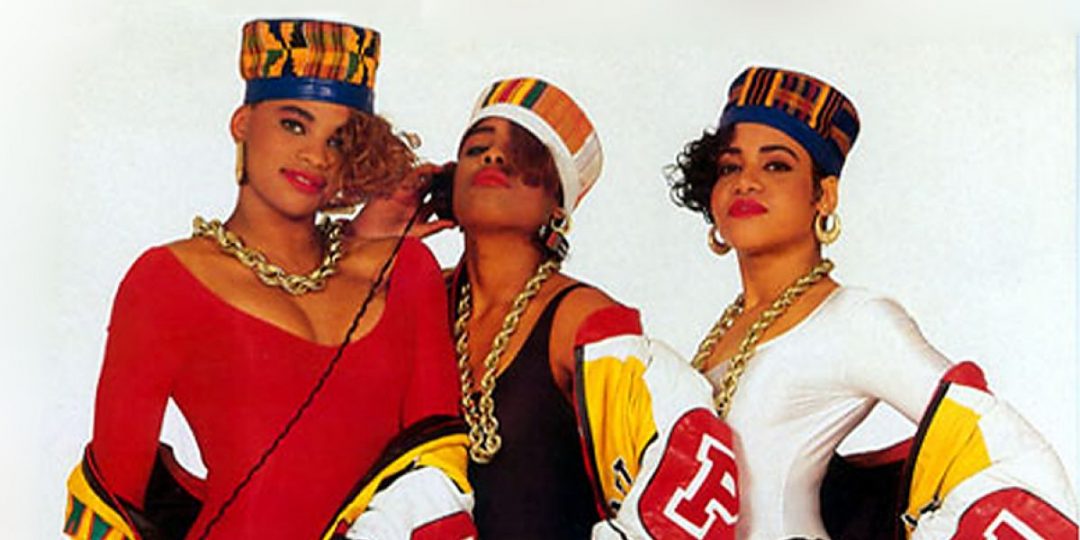 BET’s president Scott Mills announced their upcoming roster of shows which includes six docuseries, two scripted series and a variety of events. Among the list of shows the network has coming up, “Ladies Night” has drawn the most attraction.

Ladies Night, is a 10-episode docuseries which follows the personal and professional drama of the iconic 1990s girl groups En Vogue, Salt-n-Pepa, Spinderella and SWV as they embark on a national tour. With a run of shows across the U.S., these iconic artists must create, choreograph and execute a night featuring all of their famous hits. With major money on the line, the OGs will need to put their pride to the side in order to launch something truly memorable. Produced by Entertainment One’s Tara Long; Mark Herwick and Madison Merritt serve as executive producers.

The Archer Connection – The 10-episode half-hour series follows the life of tech genius Archer Grant, a young, black, iconoclastic mastermind who has developed Archer App, a software that measures the sexual chemistry between its user and anyone in the room. In launching the app and managing its rapid growth, Archer clumsily navigates between worlds — hipster Brooklyn, bloodthirsty Wall Street, underground hip-hop, innovative Silicon Valley — while trying to avoid the treacherous grip of capitalism and his own precarious sex addiction. Co-executive produced and written by Chad Sanders.

Games Divas Play – Based on the book by Angela Burt-Murray, the 10-episode hourlong drama takes viewers inside the high-stakes world of professional sports where everyone plays to win. With an ensemble cast of dynamic characters including an ambitious reporter, a millionaire basketball player, a desperate housewife, a scandalous groupie and a murderous stalker, the series follows three women — Nia, Vanessa and Laila — and the men in their lives. In a ruthless battle for success, these women’s passions and motivations are seldom altruistic, but their life choices and drive will determine what it really takes to stay on top. Executive produced by Tracey Edmonds of Edmonds Entertainment, Burt-Murray and Vanessa Middleton, who also serves as showrunner for the series.

Finding Justice – From executive producers Dwayne Johnson, Dany Garcia and David Leepson, the six-episode crime docuseries tells the powerful stories of heroes, leaders, advocates and change agents in African-American communities across America as they uncover injustices and fight to bring healing and change. With the grit and edge of investigative journalism and the profound heart of a powerful documentary, each episode delivers a riveting look at the faces of change in black America. Produced by Seven Bucks Productions and Leepson Bounds Entertainment.

Dream Team – In the summer of 1992, a basketball team comprised of 11 future Hall of Famers showed up at the Olympics in Spain and changed the face of sports and global culture forever. Dream Team is an intimate journey from the spark of an idea to the podium in Barcelona, examining an incomparable legacy that still resonates 25 years later. Based on acclaimed sports journalist Jack McCallum’s New York Times best-selling book that follows the 1992 U.S. Olympic Men’s Basketball team, the five-episode docuseries from BET and Paramount Television will explore how a group of extraordinary and complex individuals became a team — and how that team transcended sports. The five-episode limited series is directed and executive produced by Emmett and Brendan Malloy of Malloy Brothers Productions. Underground’s Trevor Engelson and Five All in The Fifth’s Douglas Banker also executive produce. McCallum will serve as a consultant for the project. The docuseries is created with the cooperation and support of USA Basketball and the NBA.

The Next Big Thing – The 10-episode music competition series highlights super-producer Swizz Beats and industry veteran Tina Davis (Def Jam, Empire, former manager of Chris Brown) as the powerhouse music icons put up-and-coming artists through the ultimate development boot camp. After being coached and challenged on performance preparation, these artists must give the best performance of their career to land a deal with one of six major record labels. Produced by Releve Entertainment, the project is executive produced by Swizz Beats, Davis and Holly Carter.

The Grand Hustle – From the streets to the boardroom, T.I. wrote the book on hustling and now he’s looking for the nation’s next big hustler to see who will come out on top. The 12-episode reality competition series is set in the streets of Atlanta, where contestants use the city to prove they have what it takes to out-hustle the rest! In the end, T.I. will choose one person to be named King or Queen of the Hustle, landing a six-figure job working at one of T.I.’s companies. Produced by 51 Minds Entertainment, The Grand Hustle is executive produced by Christian Sarabia, Clifford “T.I.” Harris, Brian Sher, Vinnie Kaufman and Johnny Petillo. Petillo also serves as showrunner for the series.

The Hustle: Brooklyn – The 10-episode coming-of-age docuseries, which is set in Brooklyn, follows a cast of young and sexy millennials with a balance of economic backgrounds, focusing on transitional moments of their lives. Produced by Entertainment One and Creature Films; Tara Long of eOne and Mark Ford and Kevin Lopez serve as executive producers.