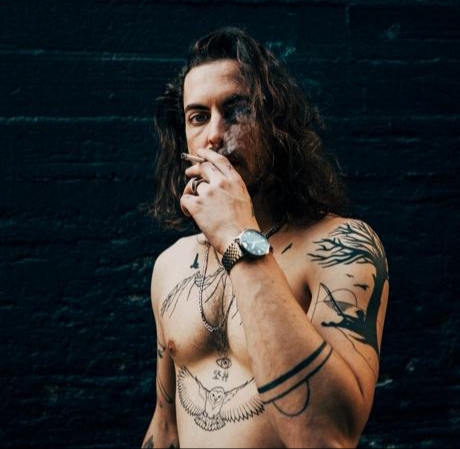 On the heels of worldwide success and nearly 1 billion on-demand streams of his breakthrough smash ‘Nevermind’, Dennis Lloyd’s sequel ‘Never Go Back’ has made a flying start by racing to over 20 million streams already. After premiering the track via Complex, Dennis now shares the track’s official vertical video.

While ‘Nevermind’ was written about a Colombian woman he fell for while living in Bangkok, ‘Never Go Back’ explores his emotions following their eventual break-up in Israel. The video is filmed from the perspective of his girlfriend and shows their interactions together via her phone as the relationship comes to an end.

Dennis explains, “The vertical video is directly connected to the music video. Once you see both, you’ll understand exactly how. When writing my music, I share my experiences but recognize there are two sides to every relationship and break up..this one is from the perspective of my girlfriend.”

Dennis Lloyd’s signature sound blurs the lines between pop, R&B, rock and reggae, and it was cultivated during the trip of a lifetime. After attending art school and enlisting in the army for three years in Israel, Dennis moved to Bangkok in search of a creative haven. Basking in the quiet space of a single bedroom apartment, left with no WiFi and only his instruments, laptop, and a microphone, he spent a year composing and recording 40 songs, including ‘Nevermind’.

Crossing genres and borders, Dennis Lloyd pushed towards international stardom since his emergence in 2016. Born and raised in Israel, he learned trumpet and guitar as a young kid and eventually incorporated his multi-instrumental talents into dynamic and diverse pop music on his breakout single Nevermind’.

Self-released, the track began gaining traction (unbeknownst to him while in Israel with no access to streaming platforms) and eventually amassed over 750 million streams and went platinum in several territories. It also received critical acclaim from Billboard, Genius and TIME. He was also featured as YouTube’s Artist on the Rise and made his late-night television debut on Jimmy Kimmel LIVE! Now, he ignites 2019 with his debut single for Arista Records, ‘Never Go Back’.

‘Never Go Back’ launches what promises to be an impactful 2019 for Dennis. Not only will he release his debut EP this Spring, but he’ll also launch a North American headline tour complete with stops at Coachella on April 14th and 21st and Governors Ball on May 31st. See http://dennislloydmusic.com/ for a full list of his tour dates and ticket details.