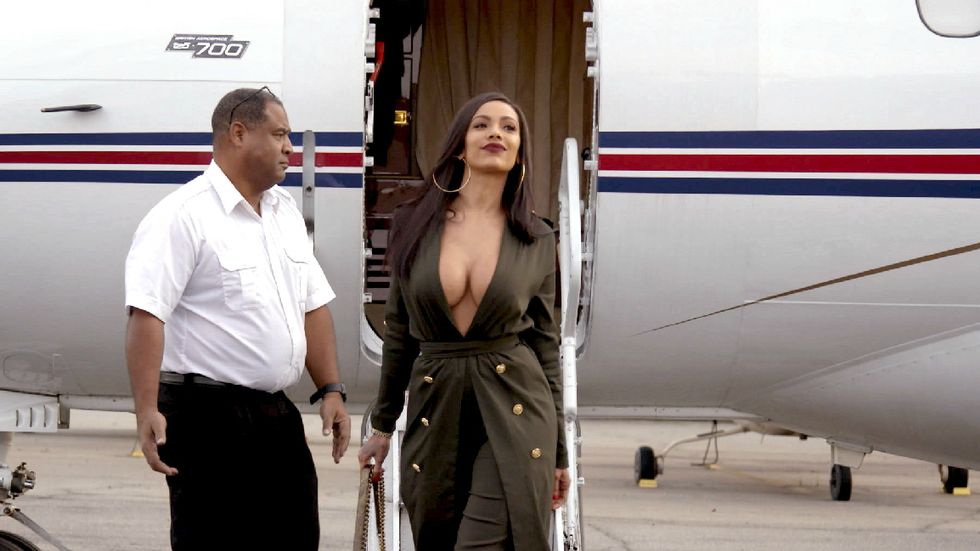 VH1 continues to enjoy the top spot in ratings growth, with cable’s #1 unscripted franchise “Love & Hip Hop: Atlanta”. The new season of the show is scheduled to air on Monday, March 19 at 8:00PM ET/PT. The network rolled out this season’s cast member line up with some surprises.

Cast members this season include:

Erica Mena is back on the scene! After several failed relationships Erica is ready to leave her past behind her in search of a fresh start in Atlanta. The stakes are high as she intends to relaunch her music career and build credibility as an artist. Will she end up on top or will Atlanta (and Stevie J) become a distraction?

Stevie J, now free of all entanglements, is ready to assemble a roster of female artists to his label DangerZone and make music his top priority. With Stevie looking to manage newcomer Just Brittany, a stiff competition arises with “First Lady of Danger Zone Latina” Estelita Quintero which could threaten the label’s potential for success. As Erica Mena becomes intertwined into the mix, who will become the leading lady of DangerZone? When a friendship begins to blossom between his ex-wife Mimi Faust and Estelita, Stevie may have more on his hands than expected.

Kirk and Rasheeda Frost are forced to face reality when the paternity test results finally come in. Will the couple be able to put the pieces of their shattered family back together? Can Rasheeda forgive Kirk for his infidelity or is a happily ever after not in the cards?

Preparing to step into the music scene, Tommie Lee will be forced to balance the heavy burden of supporting her family and a new music career. Meanwhile, with news that Scrapp is scheduled for early release and her former friend Joy and aunt Karen “KK” King beginning a friendship, Tommie may find herself facing the troubles of her past.

Newly engaged couple Jessica Dime and Shawne Williams are in the process of planning the ultimate destination wedding and are eager to start a family. With Shawne spending more time focusing on reviving his basketball career, will the couple find the time to make family their number one priority?

New couple Karlie Redd and writer and producer Sean Garrett are bound to ruffle some feathers including those of Karlie’s old flame Yung Joc. Tapping into his entrepreneurial side, Joc focuses on Salon Eshelon but will unpredictable roadblocks threaten the opening of the business?

The “Queen of the Dancehall” Spice is ready to branch out into the international market and continue her musical journey. Will her electrifying stage performances and raw lyrics be enough to crossover to the American mainstream market?

Despite a pending divorce, Sierra is happier than ever and her future looks bright with a new relationship and booming business. Will a family tragedy threaten to bring back her old habits and stall her relationship?

With her marriage on the rocks, Momma Dee is ready for a fresh start and looking to land a new boyfriend. Will troubling news of her husband Ernest force her to reconsider?

Newcomers Tokyo Vanity, BK Brasco and Keely Hill are ready to make an indelible imprint in hip hop’s music capital as they bring their talents to Atlanta.