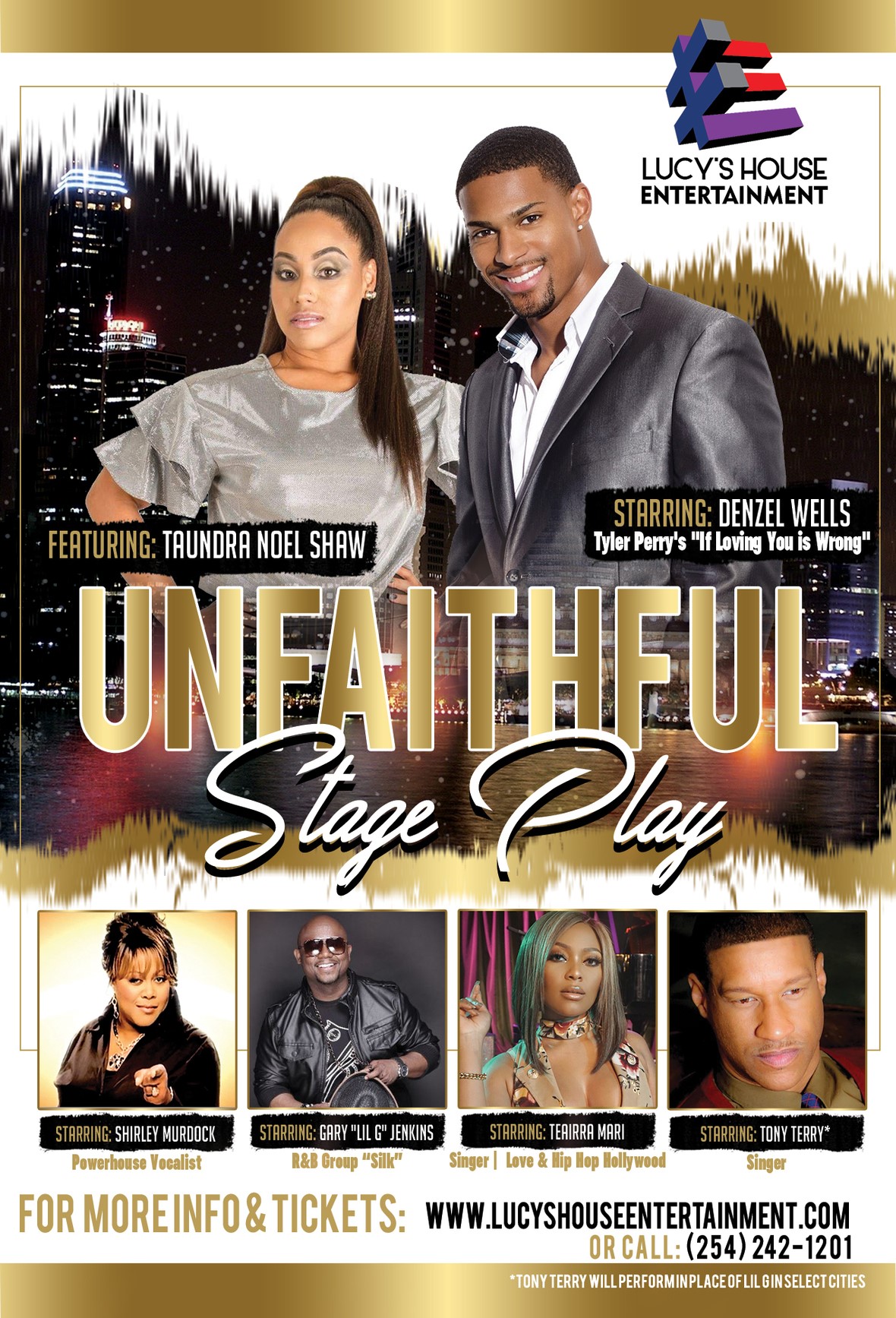 Dixon delivered her first performance this past Friday in Portsmouth, VA and will continue out the remaining 1st leg of the tour (3 cities) along with her cast-mates, the legendary Gold-selling R&B artist Shirley Murdock (known for her Top 5 hit “As We Lay”), and in the leading male role from America’s Next Top Model and Tyler Perry’s OWN network Hit soap opera drama “If Loving You Is Wrong,” Denzel Wells, in the supporting role, lead singer of the legendary R&B group Silk, Gary ‘Lil G’ Jenkins (best known for their 1993 hit single, “Freak Me”, which reached number-one on the US Billboard Hot 100) and introducing emerging actress in the leading female role Taundra Shaw.

An openly advocate against domestic prevention and intervention Unfaithful is an emotional, twist-turning stage-production created, executive produced, written and directed by Kimberlyn Engram, a retired Army veteran who served over 21 years of active duty in the United States Army. The story-line is an autobiographical depiction that reveals the truth about the seemingly perfect marriage of Kenny and Rochelle Jones and the harsh realities of infidelity and emotional abuse and the seemingly perfect marriage of pompous Army soldier, Kenny (Denzel Wells) and his overly dutiful wife, Rochelle (Taundra Noel Shaw), who is a retired First Sergeant and currently owns a thriving production company. Kenny still considers himself the bread winner so he doesn’t treat his wife as an equal partner in the marriage. At the advice of friends, Rochelle finally decides that it’s time to stop walking on eggshells in her own home and confront Kenny about his behavior. Just as she’s about to take her stance, she uncovers something that changes the entire dynamic of her marriage and decides to make some secret moves of her own. When Kenny decides he will hit Rochelle with a totally unexpected surprise, he discovers that his wife wasn’t as naive as he thought she was. So, the Question is…”Who’s been playing who?”

Premiering at the Killeen Civic and Conference Center in Killeen, Texas (Nov 2017), Engram launched the first-leg of the seven-city touring production at the Performance Art Theatre in Alexandria, Louisiana in March with stops in Shreveport, LA ( The Strand Theatre of Shreveport); Charlotte, NC (Performance Art Theatre in Charlotte, North Carolina); and Portsmouth, VA (Willet Hall Performance Art Center). The cast heads to The Tobin Center for the Performing Arts on July 26 at 7pm in San Antonio, TX, followed by engagements in Houston on July 27 at Stafford Centre at 7pm and Atlanta, GA on Aug 4 at Center Stage at 8pm.For more information or to purchase Tickets please visit www.LucysHouseEntertainment.com