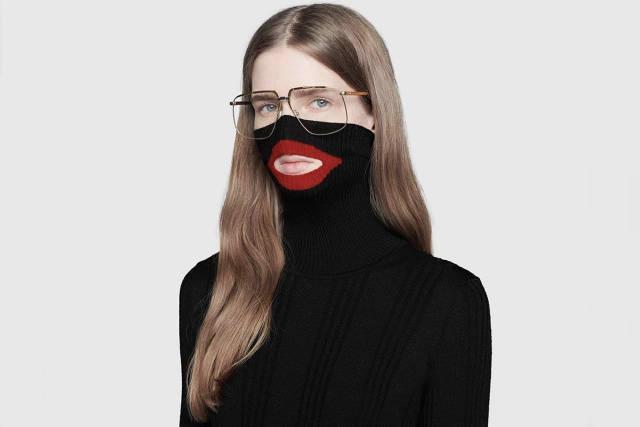 After seemingly deliberating the ongoing backlash and subsequent protests of their blackface balaclava sweater, Gucci’s CEO, Marco Bizzarri and Gucci’s Creative Director, Alessandro Michele have issued internal apology memos. Gucci is an iconic brand that os loved by many, especially by those in the African-American community. But following the recent release of its blackface sweater, many consumers and supporters of Gucci were offended and insulted by the brand. Gucci has since pulled all of the sweaters off the market. In the wake of the sweater’s release many in the African-American community and nationwide have called for a boycott of Gucci.

In an attempt to remedy the situation, both of the brand’s head officials issued internal apology memos which further compounds their insensitivity to the issue and adds insults to injury. The internal apology memos, which both begin with “Dear Colleagues” is addressed to those who are employed by Gucci instead of to those who consume the brand and whom were actually insulted.

Dear Mr. Bizzarri and Mr. Michele you both either have no clue or you are both lames who dgaf about those you have actually insulted with the production and release of your blackface sweater. Since you are both highly ranked in Gucci and highly paid by Gucci, it’s unlikely that you had no clue about the significance of blackface. There, if you actually care about those you insulted, the suggestion is, issue your apology memos to the public and your consumers.

Below are the full memos written by the Gucci CEO and its Creative Director.

By now, you will all know of the issue we are currently facing due to the balaclava jumper.

This is a situation that has impacted the Gucci community, myself and Alessandro in a very personal way.

We made a mistake. A big one. Because of cultural ignorance, but ignorance is not an excuse. And we accept responsibility for this mistake. Yet there is no way of thinking nor believing that this could have ever been intentional.

The way we have been portrayed as a company is not reflecting who we are and what we stand for. The current perception is putting at risk all the values we believe in and have been working on from the beginning of our journey. Self-expression, diversity, community building and inclusivity are in the DNA of the brand reflected in the many initiatives we have launched in the last several years, such as our membership of Parks and our signature of the “UN LGBT Business Conduct Standards,” our gender equality campaign Chime for Change, our 15-year partnership with UNICEF and our support for refugees through Artolution, to name a few.

We have created a shared corporate culture that makes us unique. From the very start in 2015, all that we have stood for and all that we have achieved on a daily basis has been driven by these values and has been defining this chapter for our brand. Above all, respect for others, celebrating diversity through inclusivity and with creativity at the heart of everything we do.

This process takes time, as any behavioral change does, evolving every day and mistakes may happen along the way.

We thought we were standing in a better position, and we need to recognize that we are not.

We have to move even quicker. We are a learning organization, and I am now working on a set of immediate, concrete actions — from building a global cultural awareness program to a company-wide system that will allow diversity to bloom everywhere, to a full program of scholarships in major cities, such as New York, Nairobi, Tokyo, Beijing, and Seoul which will facilitate an increase of different communities within the creative office — that I will announce in detail this week. I will also be discussing these important initiatives with leaders from different communities in order to develop a constructive and appropriate framework. I don’t want to be divided, I want to invite everyone to join us.

I have exchanged at length with Alessandro while he is preparing the upcoming fashion show and he is writing us a letter expressing his feelings, which we will read shortly.

People are at the center of everything we do. This situation is not going to change our values, what defines us, what we stand for and how we act towards one another and to the communities we serve. We will take on this challenge as a mandate to develop a stronger organization. This is a commitment we all share.”

I feel the need to write you all these few words to give a name to the pain of these days: my own and that of the people who saw in one of my creative projects an intolerable insult.

It’s important for me to let you know that the jumper actually had very specific references, completely different from what was ascribed instead. It was a tribute to Leigh Bowery, to his camouflage art, to his ability to challenge the bourgeois conventions and conformism, to his eccentricity as a performer, to his extraordinary vocation to masquerade meant as a hymn to freedom.

The fact that, contrarily to my intentions, that turtle-neck jumper evoked a racist imagery causes me the greatest grief. But I am aware that sometimes our actions can end up with causing unintentional effects. It is therefore necessary taking full accountability for these effects.

For this reason our company immediately apologized and withdraw the garment that produced such controversies. As you may have read from Marco in his letter, we are putting in place a series of immediate actions across the world that will increase inclusivity, diversity, participation and cultural awareness at any level and in any workplace. We are truly committed in facing what happened as a crucial learning moment for everybody.

I’ve always fought to grant myself and any other the possibility to be different. I’ve hardly been through this fight all over my personal life and I later brought it into my work. Here I always tried to give citizenship’s right to the traditionally marginalized, to those who felt unrepresented, to those that history silenced or made believe they were worthless.

My aim, in which personal and political are intimately interwoven, has always been to turn the pain into a chant. Therefore I’ve always worked to let alternative imageries loaded with joyful inclusion emerge. Imageries able to celebrate diversity in every form. Imageries able to favour empowerment and self-determination processes. This is who I am and these are the things I believe in.

I really shelter the suffer of all I have offended. And I am heartfully sorry for this hurt. I hope I can rely on the understanding of those who know me and can acknowledge the constant tension towards the celebration of diversity that has always shaped my work. This is the only celebration I’m willing to stand for.”