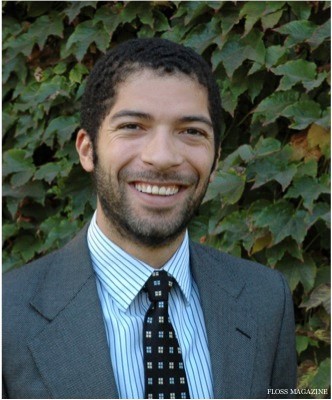 A remake of Roots, the most popular miniseries of all time, will reach television audiences this Memorial Day. Dr. Matthew Delmont is the author of Making Roots: A Nation Captivated and Associate Professor of History at Arizona State University. Amid the protests of “Black Lives Matter,” with a black president in the White House and a presidential nominee threatening to deport undocumented Hispanic immigrants, Dr. Delmont discusses why this groundbreaking series is still as important as ever.

In his forthcoming book, “Making Roots: A Nation Captivated,” Matthew F. Delmont, associate professor of history at Arizona State University, narrates the personal odyssey of Alex Haley and the absorbing behind-the-scenes details that led to the widely watched miniseries.

Below, Delmont talks about the 15-year production history of the original “Roots” and how the highly anticipated reboot on the History Channel could pave the way for greater dialogue in a culture that still battles how slavery is taught in schools and how it is portrayed in film.

Question: The original broadcast in the ’70s captured a nation trying to heal after the Civil Rights Movement. Now we have a black president and a presumed presidential nominee pledging to deport Hispanic undocumented immigrants. Who will watch, and what will the effect be?

Answer: “Roots” is a story about American identity that is as powerful today as it was in the 1970s. This multigenerational family history reminds viewers that African-American roots run deep in this country and that black people have always had to fight to be fully counted as Americans. Slavery remains one of the subjects Americans are most uncomfortable discussing, but I expect the new series to spark new conversations and arguments about our nation’s history.

Q: The reboot arrives amid the “Black Lives Matter” protests, debates on racial representation and diversity in film and television, as well as long-standing battles over the way slavery is taught in America’s schools. How might a revival of the original “Roots” miniseries affect the way we view this part of our nation’s history?

A: The original “Roots” miniseries is the definitive mainstream portrayal of slavery and changed the ways generations of Americans view the subject. The racial climate in the U.S. is actually tenser today than it was in 1977, and slavery is being debated today with renewed urgency. The new “Roots” series will encourage viewers to see slavery as a story about black families and to identify with the sorrow, pain and joy of enslaved people in ways that are not commonly seen in popular culture.

Q: While the original miniseries broke television viewing records, the way the world consumes entertainment is different today. Do you think the remake will be able to speak to the new generation?

A: The “Roots” remake has the potential to reach across generational lines, bringing together younger viewers who have never seen the original series, and their parents who watched it with their families in the 1970s. Only the Super Bowl reaches the kind of massive audience “Roots” did in 1977, but the new series should reach as many viewers as critically praised shows like “Game of Thrones,” “Mad Men,” or “Breaking Bad,” and the subject matter is more historically important.

Q: Despite its mass audience success, “Roots” fell out of favor among critics and scholars because it was quickly discovered Haley exaggerated, fabricated and embellished pieces of his own history. What more can you tell us from your research regarding the shadow this cast over Haley’s otherwise highly acclaimed bestseller?

A: “Roots” is due for a re-evaluation. The plagiarism cases and other controversies surrounding Haley’s book have prevented people investigating and appreciating how this unprecedented cultural phenomenon was made. “Roots” encouraged more people to engage seriously with the history of slavery than anything before or since, but this legacy has been overshadowed.