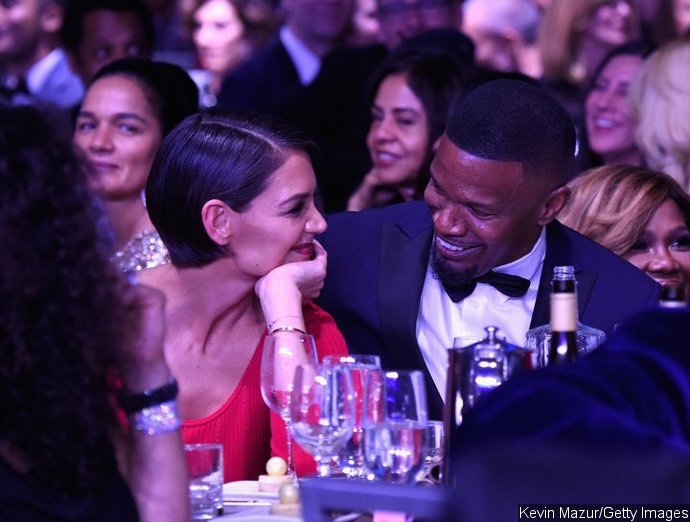 Jamie Foxx and Katie Holmes have done their very best to keep their romance on the low. Although they’ve done a great job hiding their relationship, when you see them, its easy to tell that they’re together. The two look so very happy when they are together, it’s almost as if they’re alone in a crowded room. Yesterday photos of Katie Holmes hit the web and amateur sleuths noticed she was wearing what looked like an engagement ring. Henceforth, the speculation that Jamie Foxx got engaged to Katie Holmes was given life.

The photo of Katie smiling ear to ear was taken during some down time on the set of her upcoming movie being shot in New Orleans. The huge bling coupled with her huge smile was all social media needed to put one and one together. They wondered when did the engagement take place, was it romantic, was she prego and on and on. Today, the star’s publicist revealed the actual, factual. The ring it turns out is a part of the film’s props. It’s a ring that is worn by the character Katie Holmes is playing.

Check out an older PDA story of Jamie Foxx and Katie Holmes here.