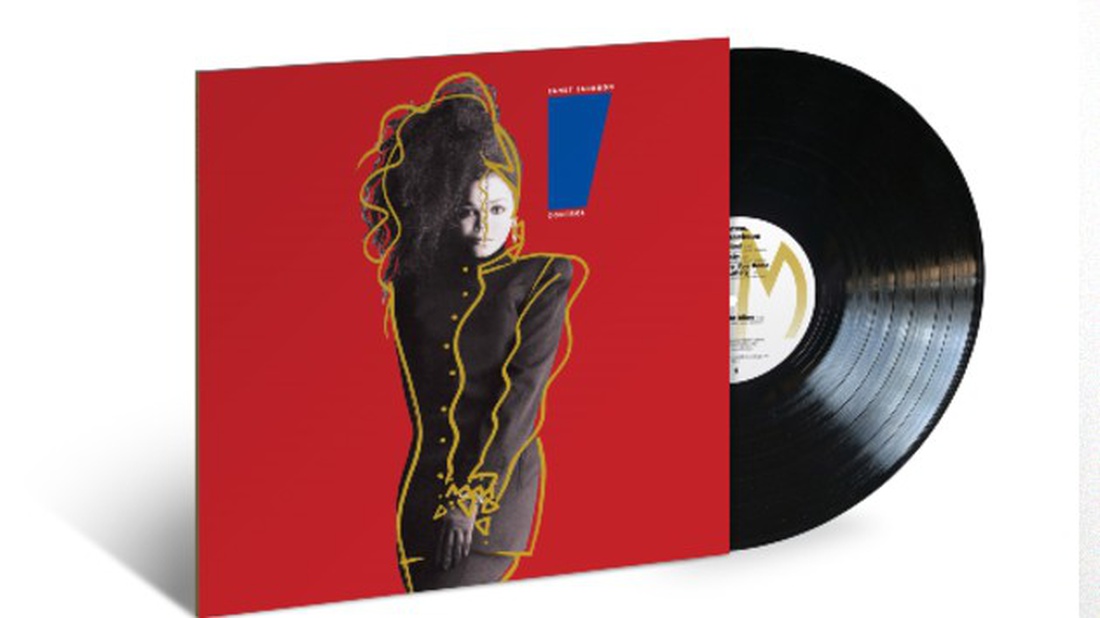 On June 7, A&M/UMe is set to release Janet Jackson’s iconic mega platinum-selling third album Control on single vinyl in two different color options: black and translucent red. This will be the first time Control has been reissued on vinyl since the album’s initial release on February 4, 1986. Fans who attend her newly announced Las Vegas Residency, Metamorphosis, opening at the Park Theater at Park MGM, will be the first to purchase the vinyl albums that will be available in the store with other incredible items. Fans can pre-order the album now.

Over the course of its relentlessly catchy and undeniably danceable 42 minutes, Control instantly established Jackson, along with her co-writers/producers Jimmy Jam and Terry Lewis, as perennial pop and R&B innovators. (The three of them continued to experiment and break new ground together on a number of subsequent best-selling releases, including 1989’s Rhythm Nation 1814 and 1993’s janet.) Control is internationally recognized as a singular fusion of musical styles including rhythm and blues, funk, pop, soul, disco, and modern synthesized percussion. Control also solidified the fact that Janet Jackson had truly arrived as a liberated and noteworthy artist, one who ultimately emerged as a global superstar and a model for independent women the world over.

Led by five chart-busting hit singles — “What Have You Done for Me Lately,” “Nasty,” “Control,” “When I Think Of You,” — with their complementary, tightly choreographed music videos — and “Let’s Wait Awhile,” Control became Jackson’s first No. 1 Pop album. The album also made Billboard chart history for having the longest continuous run on the Hot 100 with singles from one album, ultimately tallying a remarkable 65 consecutive weeks from that perch. To date, Control has sold more than 10 million copies worldwide.

Ms. Jackson is also gearing up for what promises to be a busy year ahead. Not only was she recently inducted into the Rock & Roll Hall of Fame’s vaunted Class of 2019, but her Las Vegas Residency, evocatively dubbed Metamorphosis, begins in May and is currently scheduled to run for 15 performances in total through August. Jackson will also make her debut at Glastonbury Festival 2019 and Montreux Jazz Festival this summer.

Janet Jackson’s Control is a career-defining statement from a singular artist, one who did it her way to handily prove that a visionary album with many hot, nasty grooves is quite worthy of aural revisitation on high-grade vinyl.