4x NY Times bestseller, Wahida Clark held a release party in New York yesterday for her new novel The Pink Panther Clique. The party was hosted by L&HH star Yandy Smith who also manages the authors. Their story is close to her heart because of her current situation and also because she is actively involved in programs that provide housing for former inmates.

The Pink Panther Clique is written by Aisha Williams, Jamila T. Davis, Sunny Smith Williams and 4x NY Times bestseller, Wahida Clark.  A fun page-turner the purpose of the book is to bring attention to the growing number of women landing behind bars and how this epidemic effects children, families, communities and society. 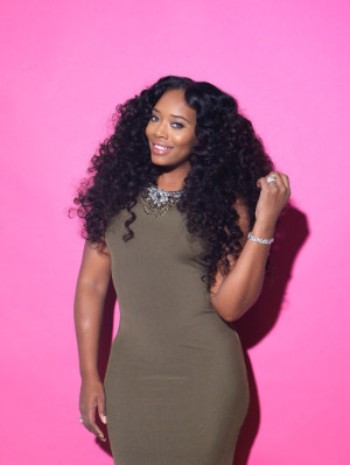 The Pink Panther Clique (October 3, Wahida Clark Presents Publishing) is the first novel in the compelling new urban drama series, co-authors by the newest trio of urban fiction drama queens, Jamilla T. Davis, Aisha Hall and Sunshine Smith-Williams. The Pink Panther Clique, is a fictional look into the author’s real-life experiences.  All three ladies were in the prime of their lives, living in the fast lane when life came to an abrupt halt due to one bad decision. Serving a combined total of 23+ years in federal prison, they made the best of their time behind bars choosing to share their stories through fiction.

The ladies will also do some co-promotion of the book with prison-mate and star of Bravo’s Real Housewives of NJ, Teresa Guidice.

While the novel is a fun and compelling page-turner, the author’s goal for the book is to raise awareness of the growing number of women landing in prisons in the US and how this rise has devastating effects on children, families and communities.

“This novel and movement is personally close to me because of my current situation,” says Yandy Smith. “Women are the nucleus of the family. When a mother is away from the household, families tend to fall apart. This is an important issue and I am happy to lead the conversation!” 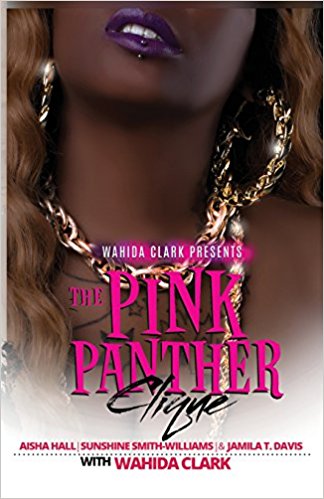 The Pink Panther Clique follows Eshe, Milla, and Sun-Sole, three boss chicks who meet under the worst circumstances possible–behind bars.  Prison isn’t at all what they expected, and from the moment they step onto the prison yard, they find themselves surrounded by disloyal snitches, set-ups, and scandalous drama. Determined to survive the system that enslaved them, these courageous women unite and embark on a mission to level the scales of justice. Will they survive the gruesome conditions of confinement, or will they fold under pressure?

Authors Davis, Hall and Williams where inspired by NY Times bestseller, Wahida Clark, who spent 9½ years in federal prison, including 9 months in solitary confinement, and made the best of her time behind prison walls signing a major publishing deal and writing 2 New York Times bestselling novels.  The Pink Panther Clique is published by Wahida Clark Presents Publishing.

“We are honored to call The Pink Panther Clique ‘family’ and excited to share their books with fans of urban fiction/Street LIt,” said Wahida Clark . “Collectively, these ladies shine a much-needed spotlight on incarcerated women inspired by their own years spent behind bars. All four of us are dedicated to the work of providing support for women transitioning from prison to society, community, family and motherhood.  With these novels we can expand our reach and touch more lives.”

Check out The Pink Panther Clique Trailer below:

THE PINK PANTHER CLIQUE AUTHORS
Jamila T. Davis
Jamila T. Davis, born and raised in Jamaica-Queens, New York, and is a motivational speaker, prison reform activist, and published author. In her twenties, Davison was a top music industry executive and real estate mogul. Her empire crumbled when she was convicted and sentenced to 12 ½ years in federal prison for her role in a multi-million-dollar bank fraud scheme. Davis is currently completing her sentence at a half-way house.
IG: jamilatdavis, 64K followers

Aisha Hall
At the age of 25, Aisha Hall was sentenced to more than 10 years in prison on a federal conspiracy charge, sending her to prison to serve this sentence. of more than ten years! Aisha has become an activist, bringing awareness to the epidemic of women and mass incarceration. She is currently scheduled to be released on October 3, 2017.
IG: @therealaishahall, 9K followers

Sunshine Smith-Williams
Sunshine Smith-Williams is a serial entrepreneur, philanthropist, youth mentor, motivational speaker and author.  Raised in Jamaica Queens NY by a single mother, who struggled to make ends meet, Smith-Williams grew up in multiple impoverished housing projects with dim hope.  Utilizing education as a weapon to overcome poverty, she earned several degrees and certifications, climbing the corporate ladder to achieve success.  In May 2013, she gave an old friend a ride that eventually cost her her freedom. This experience enlightened Smith-Williams to her purpose. Home from prison, Smith-Williams now owns and operates homeless facilities catering to women and men who are freshly released from prison helping them with re-entry back into society.
IG: @sunnymoneyqueens, 87K followers

Wahida Clark
Four-time New York Times bestselling author Wahida Clark has become one of the most sought after Urban Lit authors of this generation and is one of only 4 Urban Lit authors to appear on the New York Times bestseller list.  Clark began writing her first novel while serving a 9 ½ year prison sentence, including 9 months in solitary confinement.  While behind bars, Clark inked two publishing deals with two major publishing house, wrote and released 7 novels and laid the groundwork for her publishing company, Wahida Clark Presents Publishing.
IG: @wahidaclark, 13K followers

About Yandy Smith
Reality Personality Yandy Smith is one of the most sought after entertainment powerhouses in the industry today. Equipped with over a decade of industry experience, the media mogul, entrepreneur and television personality is not only well-respected and beloved amongst peers, but serves as an inspiration and living proof of attainable success for many.

Working alongside the likes of LL Cool J, 50 Cent, Missy Elliot, Busta Rhymes and Mona Scott-Young at the multimedia conglomerate, Violator Management, Smith spearheaded several management projects in music, TV and film and was named one of Billboard Magazine’s “Top 30 Executives under 30.”

Currently Smith is the star of VH1’s number one rated show, Love & Hip Hop New York. Prior to joining the cast in the shows second season; Smith was a part of the creative team that brought the show to the masses and worked as a producer throughout the shows first season on air.

The entertainment manager has now become an influential personality, with a digital reach of 8M+ fans via social media platforms. Smith continues to work in music management and has added several titles to her resume which include; entrepreneur, philanthropist, motivational speaker, movie/television producer, and author.
IG: @yandysmith, 4.7M followers

The Pink Panther Clique will release on October 3, 2017—the same day that Hall will be released from federal prison.  The book will be available everywhere books are sold.