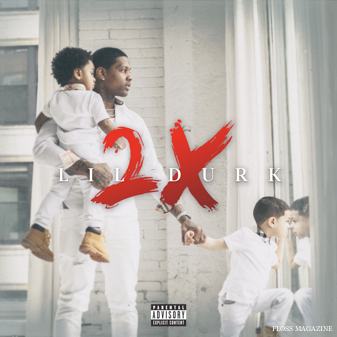 Young Chicago hip-hop staple Lil Durk turned the tables on fans today with his announcement that LIL DURK 2X, which he has been promoting on social media for weeks as his new mixtape, will in fact be his official new second album on Def Jam Recordings out June 24.   To coincide with the announcement, the pre-order for LIL DURK 2X launches today. Fans who pre-order the digital deluxe version will receive an exclusive unreleased remix to Lil Durk’s track “Good Good” featuring Kid Ink and Dej Loaf that will not be available for download or stream outside of the pre-order. In addition to the exclusive remix, the digital deluxe version of the album contains two added tracks, “Hated On Me” featuring Future and “Make it Back.” Moreover, fans can pre-order signed versions of the album, including an alternate album cover that was designed by a fan, at www.LilDurkShop.com.  Lil Durk 2X Pre-Order Device Aware:  iTunes: http://smarturl.it/iLilDurk2x

LIL DURK 2X will feature an all-star cast of features from all over the country including Future, Yo Gotti, Young Thug, Dej Loaf, Kid Ink and Ty Dolla $ign. The eclectic mix of artists asserts that Lil Durk is not only a staple of Chicago hip hop, but also a viable artist on the national stage. Just last week, Lil Durk released the first single off LIL DURK 2X called “She Just Wanna” featuring Ty Dolla $ign. XXL declared the track a “club banger” with additional coverage from The Source, The Fader, Hot New Hip Hop and more.