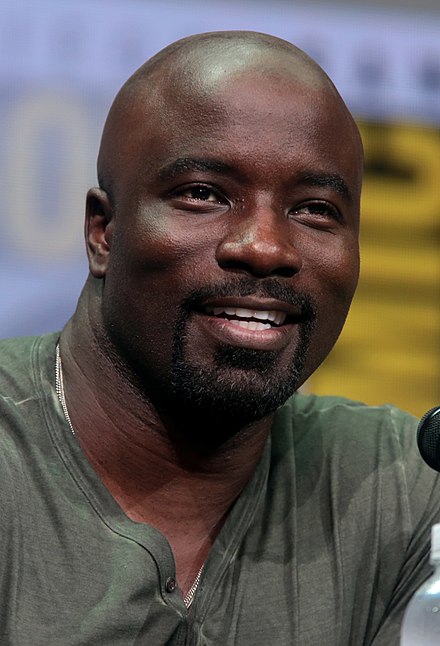 Mike Colter has a special place in the Marvel Cinematic Universe and its extended Netflix arm. Namely, he’s the only black lead in all of cinematic superhero fiction, at least until “Black Panther” comes out next year. This distinction has gotten Colter a big spotlight, and his compelling performance as the understated but tough-as-nails Luke Cage has earned him acclaim. Now, having just starred in the collaborative series “The Defenders” (which brought four different Netflix-based superheroes together like the mini-Avengers), Colter is looking ahead to the second season of “Luke Cage.”

We don’t have too many details on that season just yet, but what Colter has said about his hopes for his character is actually pretty interesting. Basically, with the character now known to the public as a superhero of sorts, and also free from the law, Colter wants to explore his newfound freedom. He wants to get into what Luke Cage is like when he can roam the streets as he pleases, and when people recognize his face and reputation. On the surface, that might sound like a very basic hope or expectation. But when you consider Cage in the broader context of the MCU and of black superheroes, it’s much deeper.

The question, after “Luke Cage” season one, was what more Marvel could make of its lone black hero – in terms of sequels, spinoffs, guest appearances, branding, or even gaming. The last area, in fact, seemed one of the likelier areas in which to take advantage of his popularity. At the time, other “side” Marvel characters like Elektra and Daredevil headlined their own licensed slot reels online. But while this pocket of the gaming business still has slots based on Superman and Wonder Woman and other DC characters, Marvel has pulled out of the business. Thus, Luke Cage’s only noteworthy gaming appearances are in titles like Marvel Heroes online and the Marvel Contest Of Champions app, both of which rope in as many heroes and villains as they can.

Aside from gaming, there was also an assumption among many Marvel fans that the Netflix series were there largely to introduce extra MCU characters that could be slotted into the upcoming project “Infinity War.” This is supposed to be essentially the biggest superhero movie of all time, and with rumors pointing to upwards of 70 characters appearing, it seemed only logical that the heroes making up The Defenders would be among them. Cage is arguably the most popular of these characters, and thus some were hoping for a big role in the film, and possibly subsequent films to follow.

But now it seems like none of those hopes will be fulfilled either. Marvel boss Kevin Feige has shut down the idea of The Defenders appearing in any MCU films in the near future, and that undoubtedly includes “Infinity War.” It could be misdirection, of course, but it sounds pretty sincere. The Netflix characters are going to continue to exist in their own tier of the MCU.

All this is to say Luke Cage hasn’t developed the way many hoped or expected he would, in that he hasn’t expanded much beyond his own show and “The Defenders.” And that’s why Colter’s own desire regarding the direction of his character is interesting. Colter is basically saying he wants to see the character for who he really is. There will be no more origin story, and no more restrictions. He wants to develop a deeper and more genuine Luke Cage who may just become a bigger deal in the MCU without ever headlining a game or slipping into a film.

It’s a bold but natural idea, and it could help to make Marvel’s first black hero a bigger deal and an even better character than he already is.