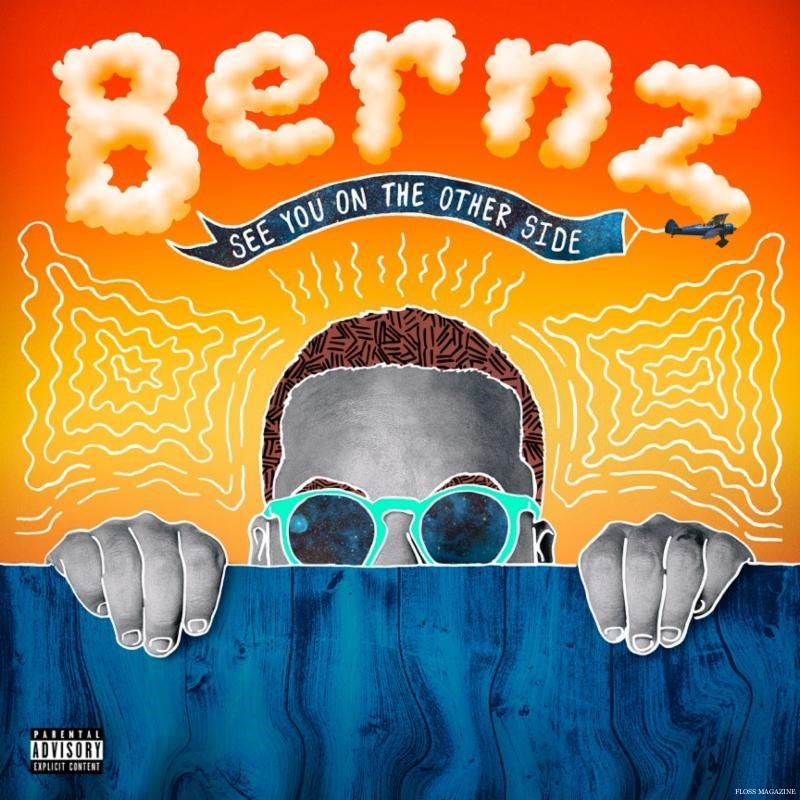 ¡Mayday! mastermind Bernz is preparing for the release of See You On The Other Side, his debut solo album, due out July 8 on Strange Music.

‘See You On The Other Side’ is something that we usually say to each other right before we go on stage, Bernz says. Instead of saying, ‘Have a good show,’ we just say, ‘See you on the other side.’ I thought that was fitting for my first time out as a solo artist.

See You On The Other Side features the Miami-based rapper-musician collaborating with Jarren Benton on the up-tempo Outta My Brain. The lively cut is driven by hypnotic guitar riffs and the rappers reflecting on living the fast life.

It just called to me, Bernz says of the song’s energetic music. It was quirky and fun. I liked the sped-up guitar. It was almost blue-grassy. It was a cool vibe and it brings the energy of the album up a little bit. As soon as I heard it, I thought that Jarren would be perfect on it because it was a weird beat and he feels good on these kinds of broken beats. He has a very interesting way of flowing over that kind of stuff.

Elsewhere on See You On The Other Side, Bernz brings a new wrinkle to Smoke N’ F*ck. There aren’t that many weed empowerment songs for women, Bernz explains. Smoking is like a boy’s club, so this is a cool way for women to say, ‘I like to smoke, too.’

The brainchild of Bernz, Miami-based ¡Mayday! has grown from one the Southeast’s most popular live rap acts to a Strange Music mainstay and one of the genre’s most in-demand groups thanks to its memorable recordings and performances. Bernz’s See You On The Other Side arrives on the heels of ¡Mayday!’s acclaimed Future Vintage album, which was released September 18, 2015.

Bernz and his ¡Mayday! bandmates are currently on Tech N9ne’s Independent Powerhouse Tour 2016. All remaining show dates can be seen at www.strangevip.com.