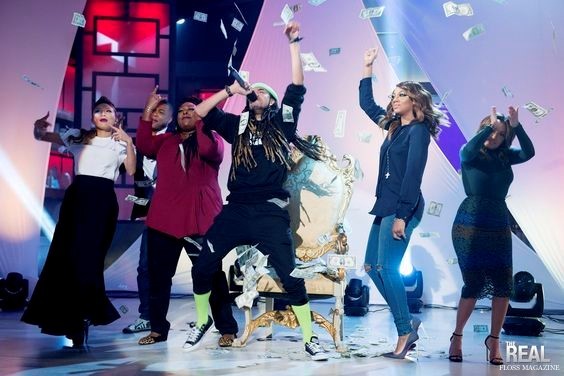 It’s been a whirlwind week or so for New Orleans rapper Dee-1 since releasing the visual for his viral smash, Sallie Mae Back. One by one outlets reading like a who’s who list grabbed on to the story; Time, USA Today, Mashable, Teen Vogue, CNN, Forbes, News One and on and on until the video had almost 5 million views on Buzzfeed’s Facebook page alone and Dee-1 found himself being invited to share the excitement with the ladies at The Real in Los Angeles. Being Dee’s first talk show offer, of course he had to jump on it and before he knew it, he was sitting at a table with Loni, Tamar, Adrienne, Jeannie and guest host Don Lemon of CNN. After a riveting interview during which Dee discusses his vow of celibacy, he treated the audience to a rousing performance of the song that unwittingly became the anthem of our generation. New Orleans should be very, very proud.