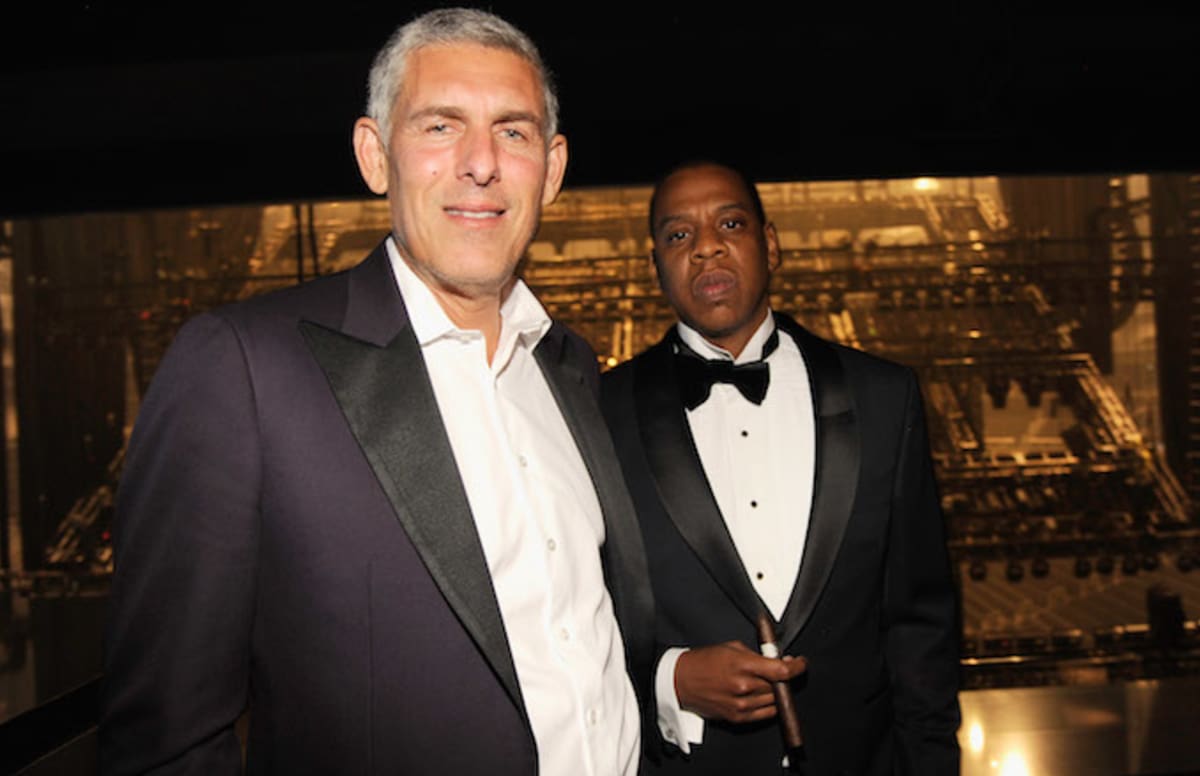 “Over his 30 year career Lyor Cohen has been behind the most prolific musical acts and at the helm of the biggest labels. His creativity and passion to keep the music industry innovative continue to flourish with his leadership at YouTube,” said Hugh Forrest, Chief Programming Officer. “Cohen and the additional Featured Speakers announced today continue to define SXSW as the premiere destination for creative people.”

SXSW Conference programming is organized into 24 Tracks divided between Interactive, Film, Music, and Convergence, presented in a variety of session formats. Continuing last year’s initiative, SXSW is offering expanded access to events for all registrants. Attendees will receive primary access to programming associated with their badge type but now also enjoy secondary entry to most other SXSW events. To register for the event, please visit sxsw.com/attend. SXSW’s next registration deadline is January 12, 2018.

Lyor Cohen (Music Keynote) – Lyor Cohen is an American music industry executive, currently serving as Global Head of Music at YouTube and Google where he oversees domestic and international music partnerships as well as artist and label relations. He is also founder of 300, a music content company that leverages innovative tech to discover, cultivate and promote rising artists with a boutique focus. Prior to 300, Cohen was the Chairman and CEO of Recorded Music for Warner Music Group. Cohen was intimately involved in the careers of The Killers, fun., Ed Sheeran, Bruno Mars, The Black Keys, Jay-Z, Kanye West, and many more.

Alex Chung (Brands & Marketing) – Alex Chung is the founder and CEO of GIPHY, the people who bring you all the GIFs. Before founding Giphy he was a Hacker in Residence at Betaworks and directed media technology for companies such as MTV, Viacom, and Comcast, managed research for Paul Allen’s R&D lab, and started his career as a hardware engineer at Intel.

The Chi Featured Session (Entertainment Influencers) – Showtime’s The Chi is a relevant, timely, and distinctive coming-of-age story that follows six interrelated characters linked by coincidence but bonded by the need for connection and redemption that takes place in Chicago’s South Side. Join executive producer Common; creator, writer and executive producer Lena Waithe; and actors Jacob Latimore, and Jason Mitchell for a conversation about the upcoming drama.

Katie Couric (News & Journalism) – Katie Couric is an award-winning journalist, cancer advocate, and New York Times best-selling author. Couric’s documentaries include: Gender Revolution: A Journey with Katie Couric, for National Geographic; Under the Gun, which aired on EPIX; and Fed Up, available on Netflix. Following the success of Gender Revolution, Couric is partnering with National Geographic on a six part documentary series airing in spring 2018 that takes a deep dive into the revolutionary changes and major social issues of our time. She hosts an eponymous podcast on the Stitcher network with Brian Goldsmith, featuring conversations with bold-faced names in politics, media and popular culture.

Kim Deal and Steve Albini (Music Culture & Stories) – Kim Deal is a songwriter and musician, known for her work as the bassist of the alternative rock band the Pixies and the lead vocalist and rhythm guitarist for The Breeders. Breaking out with 1990’s Pod and 1993’s Platinum-selling Last Splash, The Breeders defined the American rock underground and helped pave the way for grunge and alternative to explode into the mainstream. Renowned studio engineer Steve Albini has recorded legendary rock albums from The Breeders, Nirvana, PJ Harvey, The Jesus Lizard, The Stooges, Robert Plant and Jimmy Page, and hundreds more. He owns and runs his analog studio, Electrical Audio, in Chicago and performs with his band, noise-rock icons Shellac, now in their 25th year.

Peter Diamandis (Startup & Tech Sectors) – Dr. Peter H. Diamandis is an international pioneer in the fields of innovation, incentive competitions and commercial space. In 2014 he was named one of “The World’s 50 Greatest Leaders” by Fortune Magazine. In the field of innovation, Diamandis is Founder and Executive Chairman of the XPRIZE Foundation, best known for its $10 million Ansari XPRIZE for private space flight. Diamandis is also the co-founder and Vice-Chairman of Human Longevity Inc. (HLI), a genomics and cell therapy-based diagnostic and therapeutic company focused on extending the healthy human lifespan.

Bethenny Frankel (Social Impact) – Bethenny Frankel is a businesswoman ahead of the curve, from becoming a natural foods chef and marketing Bethenny Bakes, her healthy baked goods to selling “Princess Pashminas” at house parties, and ultimately creating the low calorie cocktail category with the launch of Skinnygirl Cocktails. More recently through her charity B Strong, Frankel has provided people affected by natural disasters with much-needed gift cards, bank cards and critical supplies. Her efforts have raised an expected value of over $4 million in relief efforts for Puerto Rico.

Bozoma Saint John (Brands & Marketing) – Bozoma Saint John is the Chief Brand Officer for Uber. Over the course of her career, Bozoma “Boz” Saint John has earned a formidable reputation as a trailblazing marketing and advertising executive. Most recently, Boz was the Head of Global Consumer Marketing for Apple Music and iTunes. In the role, she spearheaded campaigns geared towards growing consumer brand recognition, loyalty and equity around the world.

Shakey Graves with Bodie Johnson, Janelle Browning, and Keith Levy (Music Industry) – In this session, musician Shakey Graves (Alejandro Rose-Garcia) and his team will share insights into their personal journey within the music industry and the steps made to build career longevity. Hear directly from an artist and the team that provides support: managers, tour managers, agents, label reps, publicists, and all the components that create success.

This Is Us Featured Session (Entertainment Influencers) – Everyone has a family. And every family has a story. This Is Us chronicles the Pearson family across the decades: from Jack (Milo Ventimiglia) and Rebecca (Mandy Moore) as young parents in the 1980s to their 37-year-old kids Kevin (Justin Hartley), Kate (Chrissy Metz) and Randall (Sterling K. Brown) searching for love and fulfillment in the present day. Join cast Milo Ventimiglia, Mandy Moore, Sterling K. Brown, Chrissy Metz and Justin Hartley for an inside look at the Emmy Award-winning drama.