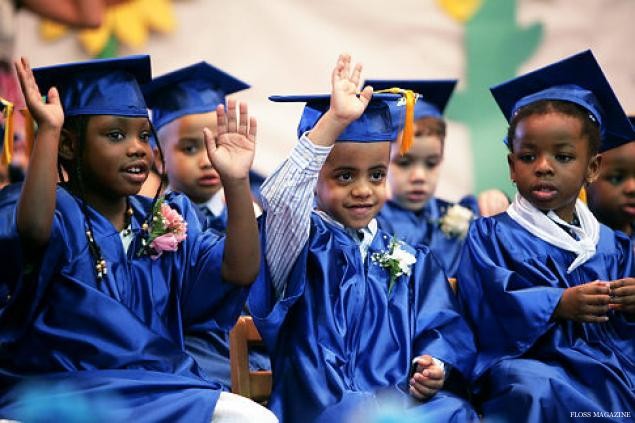 Their remarks follow new data from the U.S. Department of Education’s Office of Civil Rights (OCR) on school discipline and trends in school policing for the 2013-2014 school year. Despite a 20 percent drop in overall school suspensions, Black and Brown students continue to be over-policed and excessively punished through suspensions and other exclusionary discipline. New data also reveals schools in communities of color are more likely to house robust police presence than those with majority white student populations.

“The Department of Education data shows persistent racism in our schools,” said Judith Browne Dianis, executive director of Advancement Project. “Black children are over-suspended and over-policed. Detailed data shows Black children are subjected to aggressive disciplinary practices and criminalized for their behavior. Schools must change policies that allow for subjective decisions on the basis of race and move toward police-free learning spaces.”

The OCR data confirms what the community has long assessed; there is a war on Black youth through increased police presence and occupation of their schools,” said Jonathan Stith, national coordinator for the Alliance for Educational Justice. “There is much work to be done to address the criminalization of children in their classrooms. It is deeply unfortunate that the OCR data fails to document school-based police brutality like the assaults of students at Ben Franklin High School  and Spring Valley High School that were recorded and documented by Black youth.

“Sadly, neighborhood schools are overly and unjustly policed,” said Luke Risher, a student at Science Leadership Academy in Philadelphia, Pa. and a member of the Philadelphia Student Union. “There is no justification for excessively policing Black and Brown students since we know from years of research that children of color aren’t behaving any worse than their white counterparts, but are disproportionately punished due to implicit, and sometimes, explicit bias. Philadelphia’s magnet and special admission schools like Science Leadership Academy and Julia R. Masterman School have minimal police presence. At my magnet school, we have one-on-one conversations, use restorative justice tactics, and as a result, have a school climate based on trust and care.”

“Schools must end the practice of criminalizing the behavior of Black and Brown and children,” said Kesi Foster, coordinator for the Urban Youth Collaborative. “We should divest from policing and invasive and oppressive security measures and invest in proven practices such as restorative justice and trauma and healing informed practices.”