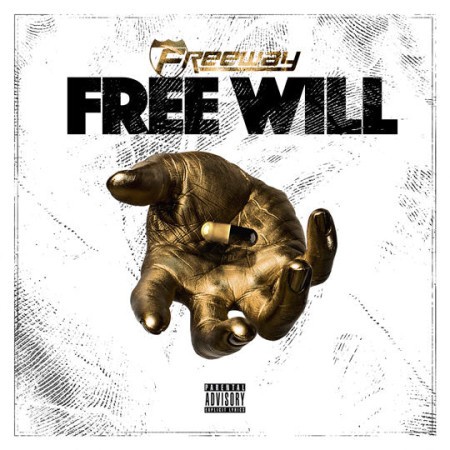 Freeway, the storied MC who was instrumental in the success of State Property and Roc-A-Fella Records, is a North Philly luminary and arguably the most revered lyricist to emerge from the City of Brotherly Love. Freeway is currently teaming up with Babygrande Records to add to his legacy with the release of his new album Free Will, the follow-up to his 2012 independent release Diamond in the Ruff and his critically acclaimed 2014 collaboration with world-recognized producer/DJ Girl Talk (Broken Ankles). Rejuvenated and determined, Freeway joins an ensemble of A-list producers to demonstrate that for this Hip-hop giant, making an extraordinary album takes nothing more than Free Will.

Free Will is set for release on April 29, 2016 by the independent pioneer label, Babygrande Records, which is currently celebrating its 15th Anniversary. Freewill was produced by S Frank & Scholito with production by LES, Mike Jurz, Money Always, Girl Talk & Tryfe.

Freeway talks about first single and says, “Hot as Ice is symbolic for one of my attributes, Freezer. It’s a metaphor for hot as ice… it’s about taking time to prosper, that it doesn’t happen overnight. The essence of the full album is simply Free Will. As human beings we’re Gods only creation and we have a choice to do right or wrong, with those choices, they affect your life and your afterlife. I touch base on many of the choices I made in my life and reveal how those choices affected me.”

In 2015, Freeway was diagnosed with Kidney Disease. Since then his life has taken an abrupt change. He currently works hard every day to maintain better health through specialized wellness products and diet and exercise. He says, “It’s been a huge lifestyle change and in the beginning it was affecting me. But I chose to stand in front of it and spread awareness about kidney disease. I’m doing much better, all my numbers are good and I’m on the transplant list awaiting a new kidney. My Family is my main motivation to keep pushing; I can’t let them see anything defeat me.”

Chronic kidney disease affects one in 10 people worldwide. Freeways goals are to raise awareness in regard to the importance of kidneys and how they affect overall health. Freeway adds, “In the next five years I hope to raise awareness in the inner cities and urban neighborhoods where people are most affected most by kidney failure. I’m currently working with The National Kidney Foundation, World Kidney Day and the American Kidney Fund.