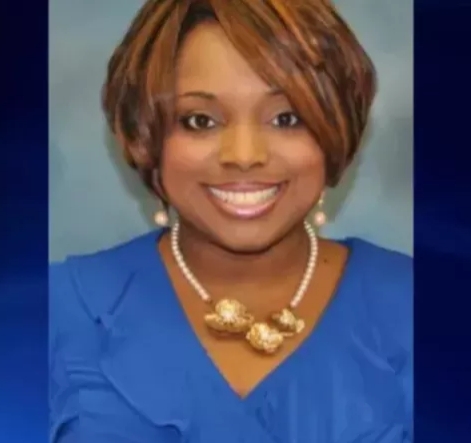 Attorney for former Fort Valley State University employee and AKA adviser says she’s not a pimp. Now, a judge has handed down arrest warrants for six men alleged to be clients of students at the HBCU, who were allegedly being pimped by Alecia Johnson, a former executive assistant to FVSU’s president, and the on-campus graduate advisor to Alpha Kappa Alpha Sorority Inc. She allegedly used her position to supply women to her clients, reportedly so they could save money for their sorority fees.

The case hit the airwaves in April when the alleged sex and prostitution ring was busted. Their place of business included and was headquartered at Fort Valley State University, in Fort Valley, Ga. The six men named in the arrest warrants reportedly are all professional people including an, assistant principal at a middle school, and a former lawyer for FVSU. According to Macon Judicial Circuit District Attorney David Cooke, the six men were clients of the prostitution ring ran on campus between 2017 and early 2018. Each man is charged with pandering and solicitation of sodomy stemming from acts alleged to have occurred in 2017 and 2018.

Alpha Kappa Alpha Sorority Inc. is reportedly conducting its own investigation and have suspended the chapter’s privileges, disqualifying it from participation in the sorority and all activities, pending their investigation.

Below is a statement released from Fort Valley State University.

Today we learned that two former FVSU employees have been charged with illicit conduct. We appreciate the work of the GBI in conducting this investigation, which began in April 2018 when administrators received two separate reports alleging wrongdoing. The University System of Georgia (USG) in conjunction with FVSU began an immediate investigation in accordance with its policies. The USG notified Georgia’s Office of the Attorney General, and the case was ultimately referred to the Georgia Bureau of Investigation.

FVSU has promised its students that their safety and security is our first priority, and we fully support the application of the judicial process. We have consistently and aggressively worked with the University System of Georgia and law enforcement to ensure that anyone who allegedly puts our students at risk is investigated thoroughly and expeditiously, and have advocated for the most appropriate standards to be applied. While we cannot comment on the details of an ongoing investigation, we expect anyone who has compromised the trust of our students to be held accountable with all deliberate speed.