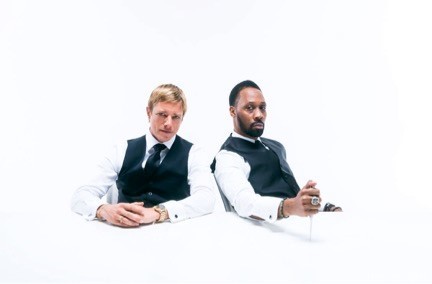 Wu Tang Clan’s RZA and Interpol’s Paul Banks have teamed up for a musical collaboration under the name Banks & Steelz. This morning, their debut song Love and War premiered on Zane Lowe’s show on Apple Music. It will be available from Warner Bros. Records for purchase via all digital retailers tomorrow. In addition, a video for Love and War directed by Arms Race will premiere tomorrow online at PITCHFORK. Fans in Los Angeles and New York can be the first to see the Love and War video at pop-up storefront installations at 410 N. Fairfax Los Angeles, CA 90036 and 154 Orchard St, NY, NY 10002.

For love sometimes we find ourselves at war and the combatants may do anything to win, RZA says of the song. For me love is worth fighting for, as long as love is not lost.

Love and War is the first song to be released from Banks & Steelz’s upcoming album, which Warner Bros. Records will release later this year. They are confirmed to perform at FYF Fest 2016 in Los Angeles at the end of August and at the Life is Beautiful in Las Vegas and the Austin City Limits Music Festival in Austin in the fall.