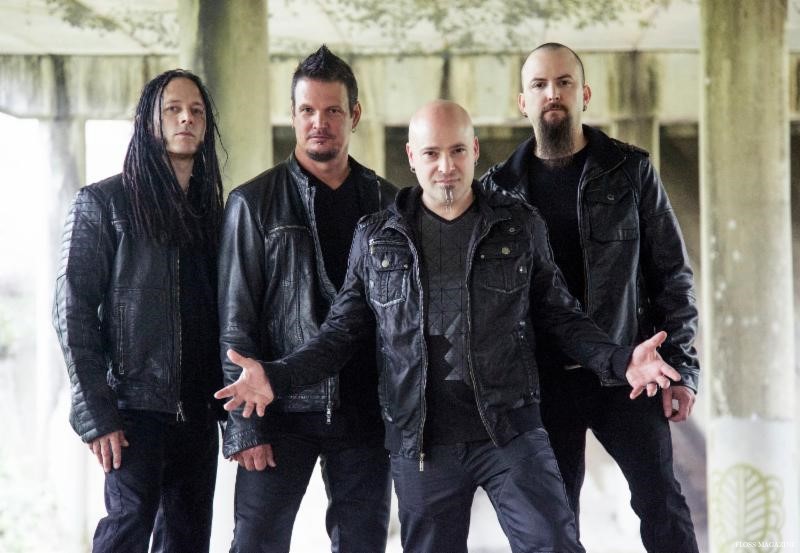 Disturbed and Breaking Benjamin today announced a co-headlining summer amphitheater tour. Produced by Live Nation, the two legendary rock bands will hit the road starting this July and will stop in more than 20 cities throughout North America, including Boston, Toronto, Houston, Dallas, Pittsburgh, and Detroit. Alter Bridge and Saint Asonia will join the tour as special guests. More information on the tour, including dates and venues, will be announced over the coming weeks. Fans in NYC got a taste of the tour at Breaking Benjamin’s acoustic set last week, when Disturbed singer David Draiman surprised Ben Burnley and the band on stage for a rendition of the Queen and David Bowie classic Under Pressure..

Disturbed will kick off their first tour following their 4-year hiatus this Wednesday, February 10, just as their single The Sound of Silence is climbing up the charts. Their haunting take on the Simon & Garfunkel classic is the #1 rock song on iTunes and has been in the Top 10 iTunes video chart for over a month, alongside the likes of Adele and Taylor Swift. The stunning black-and-white video has now surpassed 12 million views on YouTube, and the song is rapidly making its way to the top of the Rock Radio chart, following in the footsteps of recent No. 1 singles The Vengeful One and The Light.

Disturbed will be on tour throughout 2016, including a sold out North American run, co-headline dates with Rob Zombie, and headlining slots at major festivals across the U.S., U.K., and Europe. See below for a full list of confirmed North American dates.

For tickets and further details on all shows: