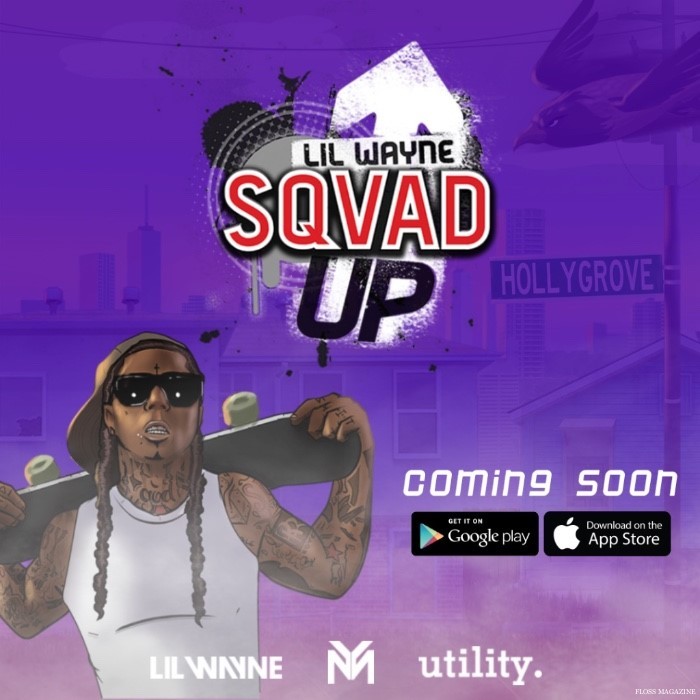 Four time GRAMMY award-winner, LIL WAYNE, announced today the release of his “Lil Wayne: Sqvad Up,” a mobile skateboarding game app that will be available for download starting on June 10th. Lil Wayne: Sqvad Up, developed by mobile media and technology company, UTILITY, is a new, action packed game that celebrates the star’s love for the thrill of skateboarding.

Designed to be simple, fun and addictive for all audiences, the throwback arcade-style game offers users a chance to join Lil Wayne on an authentic tour of his hometown, New Orleans. The game soundtrack was curated by Lil Wayne himself and produced by Hollygrove-based producer Nesby Phips.

“I’m super excited to drop my first mobile skateboarding game Lil Wayne: Sqvad Up as a way to share my passion for skateboarding. It’s also special to celebrate all that makes my home of Hollygrove and New Orleans such a dope place,” says Lil Wayne. “I started skateboarding at 29, not just because I thought it looked cool, but also because I wanted to be able to inspire kids to get outside and play. Skating is a perfect way for kids today to stay out of trouble and be positive and active.”

Personally selected by Lil Wayne, Sqvad is the official skating team of Young Money and made up of Tyreek Morrison (TJ), Evan Hernandez, Yosef Rattif (Yoyo), Andrew Colbert, Jerme Knibbs and Edgard Benitez. Lil Wayne has pledged to help nurture each member and make them stars on and off the board.