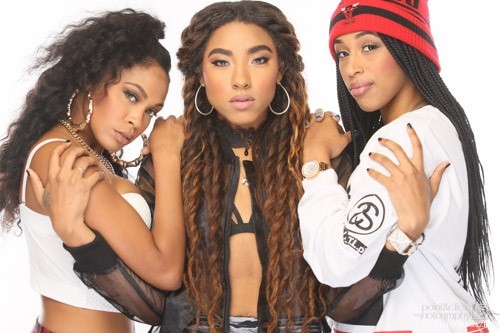 Known for introducing urban-talented artists to the music industry, including his own offspring, Mathew Knowles prepares to deliver his new group Blushhh. The music mogul found phenomenal success grooming and managing the mega group Destiny’s Child. He is now handing out Mic’s to Blushhh Music, a harmonically blended hip-hop and R&B trio (est. 2013) and they are using them into mix fiery rhymes and hooks reminiscent of the 90’ship-hop era-with a trendy twist. Comprised of Sunnie, Tali, and Bunnie Ray the group delivers the primal beats and flow of original hip-hop, with the trending currents from today’s urban edge. Their new single, Old School Back launches from their debut album, Old School Hip Hop Past, Present, and Future.

Knowles is documenting their journey for a reality TV format, and the riveting trailer depicts the obstacles each must overcome within the complex world of star building. From near homelessness, emotional and relationships pressures, to even controversy over one member’s open bisexuality; the public is allowed to witness their evolution as they adjust to the industry’s demands.

Blushhh Music hits with a debut album filled with upbeat and mid-tempo tracks; ones that reveal the sharp versatility of blending two passionate rappers with a sultry, Powerhouse vocalist. The group consists of Sunnie, a Woodland Hills, California native who moved to Houston at age 6 and quickly found a passion in writing rhymes and poetry, while heavily influenced by artists like Mc Lyte, Lauryn Hill, and Tupac. Tali a Houston Native Incorporates her Colombian roots throughout her lyrics and style while complementing the rap duo with her vocal prowess. The newest member is Bunnie Ray, another Houston native, who synchronizes her fast rhymes with a fierce energy that delivers high pitched, sassy swagger. Together they present something indeed fresh, yet reminiscent of favorites like Selena, Destiny’s Child, and Left Eye. As of 2016, they are taking their readied act on the road with two hot performances coming up on March 18, 2016 at the SXSW Grynd fest showcase in Austin, TX and March 19that the Tejano Music Awards Fan Fair 2016 at Market Square in San Antonio, TX. Additional and updated performance and release information on Blushhh Music on the group’s and Music World Entertainment’s web and social media sites listed.