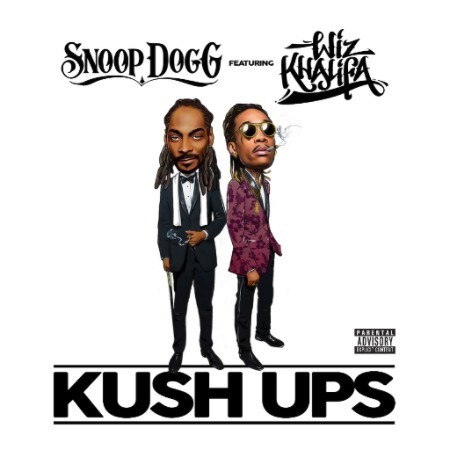 Stoner Snoop Dogg releases a new song and video for his single “Kush Ups” featuring fellow stoner Wiz Khalifa, off of his upcoming album, COOLAID. Aside from Kush Ups and Snoop’s performance of “Fireworks” on Jimmy Kimmel Live! last week, the only thing we know to expect from COOLAID is a classic Snoop Dogg hip-hop feel since this is his first rap album in five years. Kush Ups is the first single off COOLAID which is set to drop sometime in July, via Doggy Style Records.

The two stoners have collaborated in the past including on their exclusive cannabis lines called, Leafs By Snoop and Khalifa Kush.

Kush Ups is produced by KJ Conteh. The Kush Ups video is Directed by Dan Folger and Edited by Chris Cordova,
its animations are by Cory Shaw & Chris Cordova