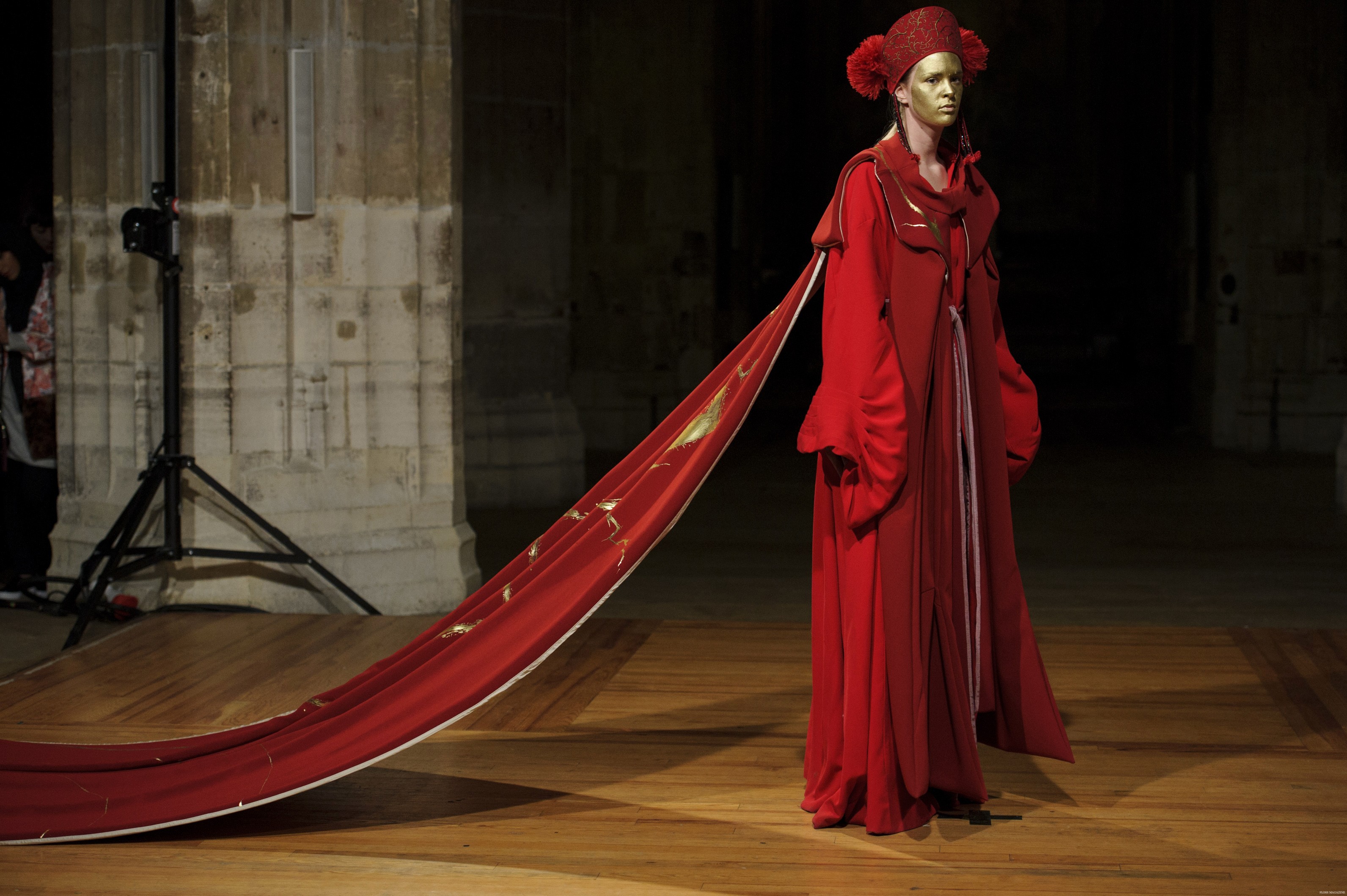 The Coppélia Pique Ready-to-wear Autumn-Winter 2016/2017 collection celebrates the universal myth of unrequited love in a modern Renaissance. The woman lover is standing in a pictorial composition among young patrician ladies, warrior princesses and dragons. As in the paintings of Francesca da Rimini and Paolo Malatesta, or the representations of Saint Michael and the Dragon, the sword is the catalyst of a transformation, changing the woman into a dragon, and then into a divinity.

The cycle starts with the birth of the lover. The wound reflects the pain of her teenage and, as she affirms herself as a woman, she becomes a dragon, a deified figure. The idea of stabing is used as a metaphor which is also to be found in the sets of cuts and the superimpositions of fabrics. Precious fabrics are arranged with sportswear technical fabrics. The lines are inspired by the uniforms and ceremonial outfits of the Officers. Asymmetries of forms are combined with a strong contrast between bright colors (vermilion, indigo, golden green) and more classical colors, ( midnight blue, grey and black). This colorful palette is highlighted by a tinge of gold. This collection epitomizes Baudelaire’s poem The Death of Lovers and reveals the existing contradiction in the modern woman torn, in a world of passion, light games and mirror effects, between androgyny and femininity. 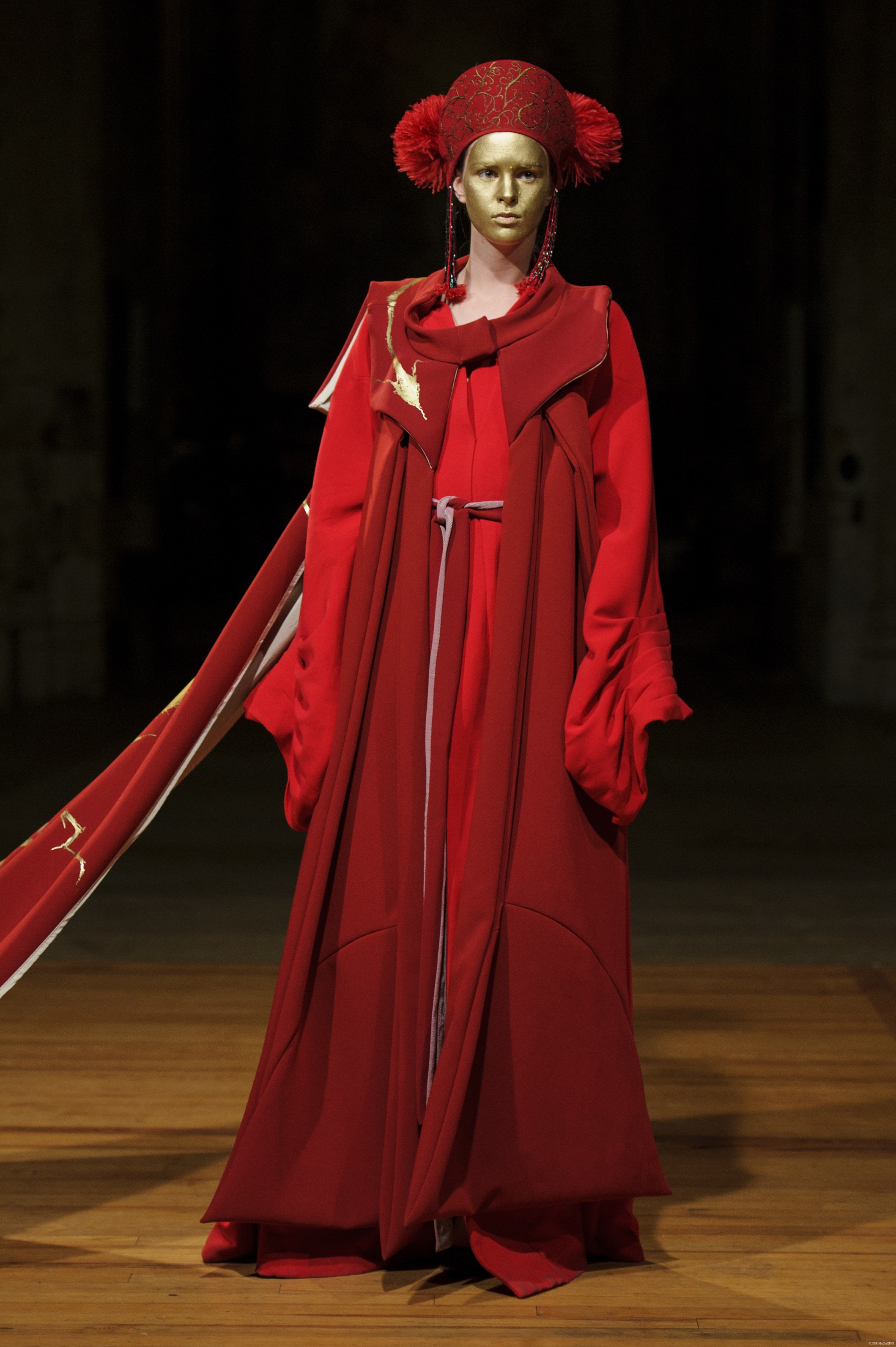 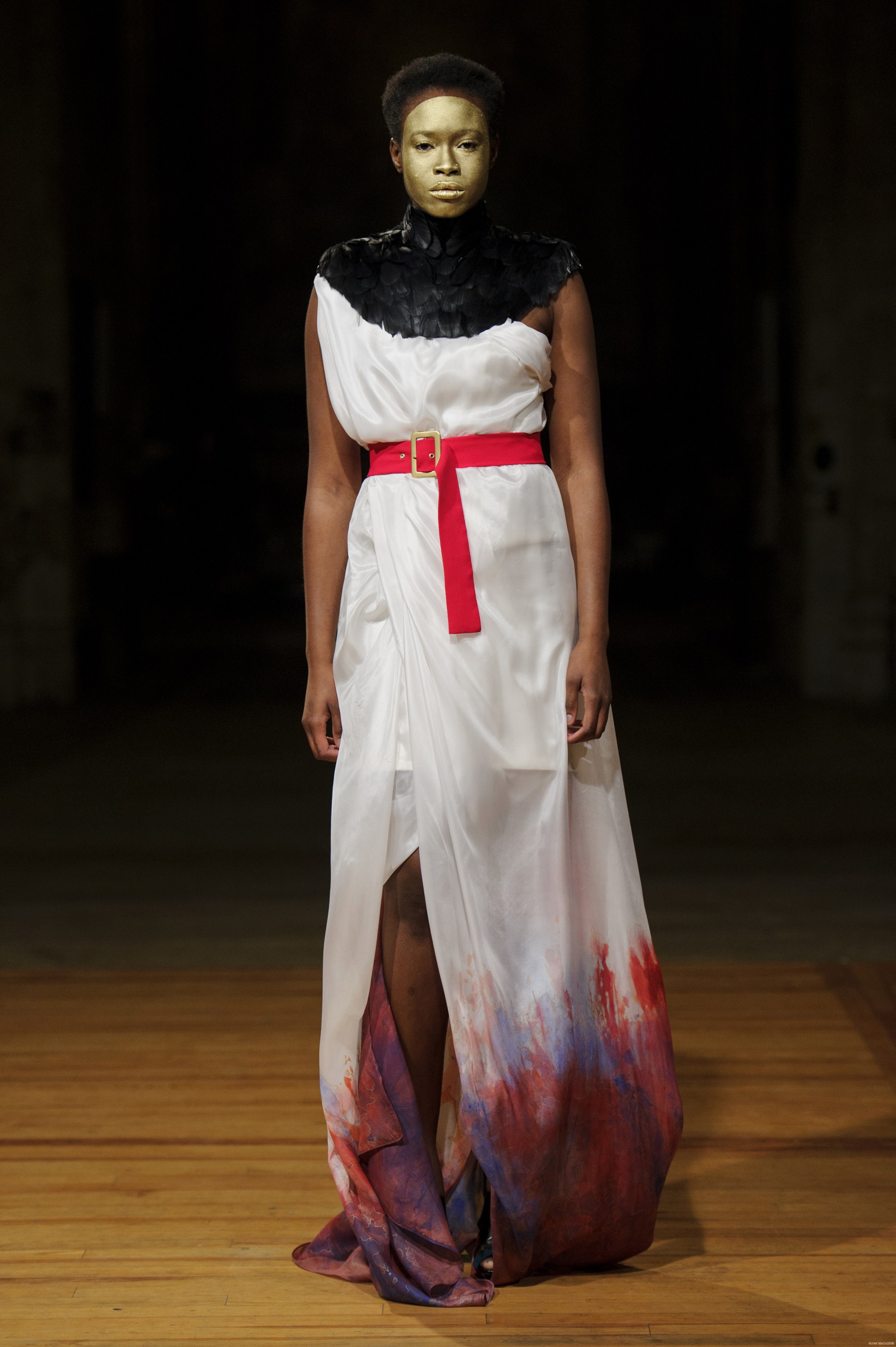 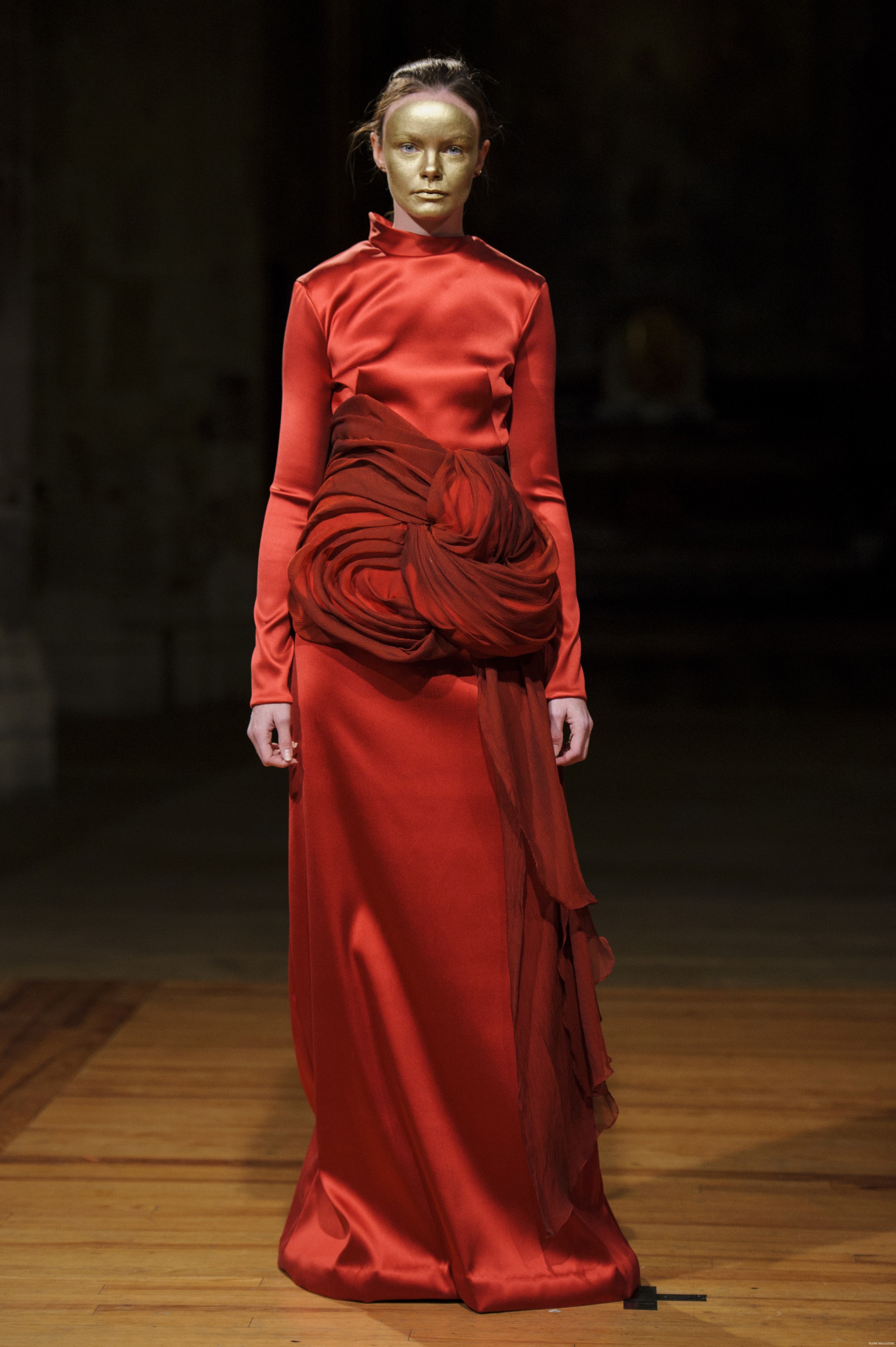 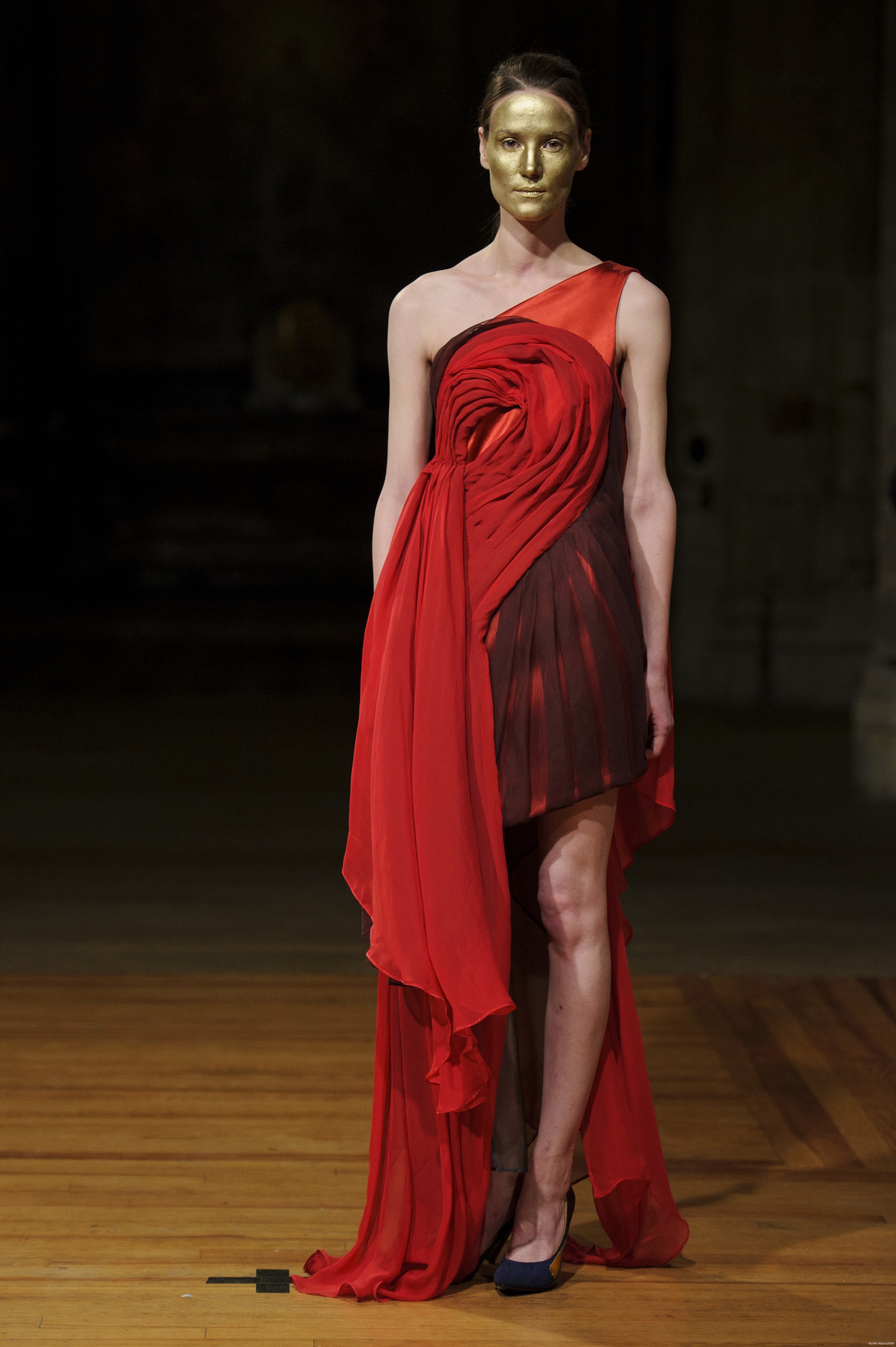 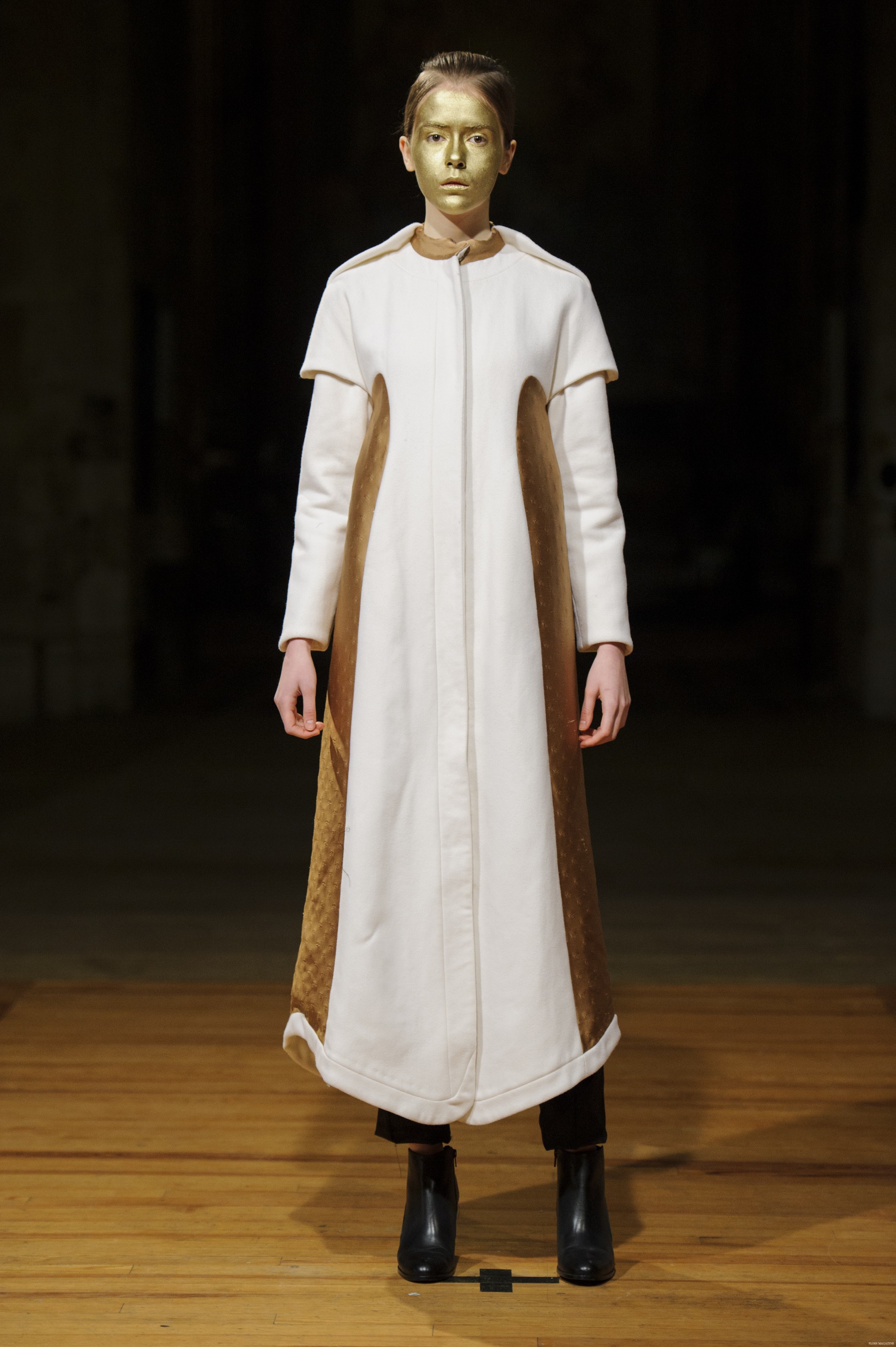 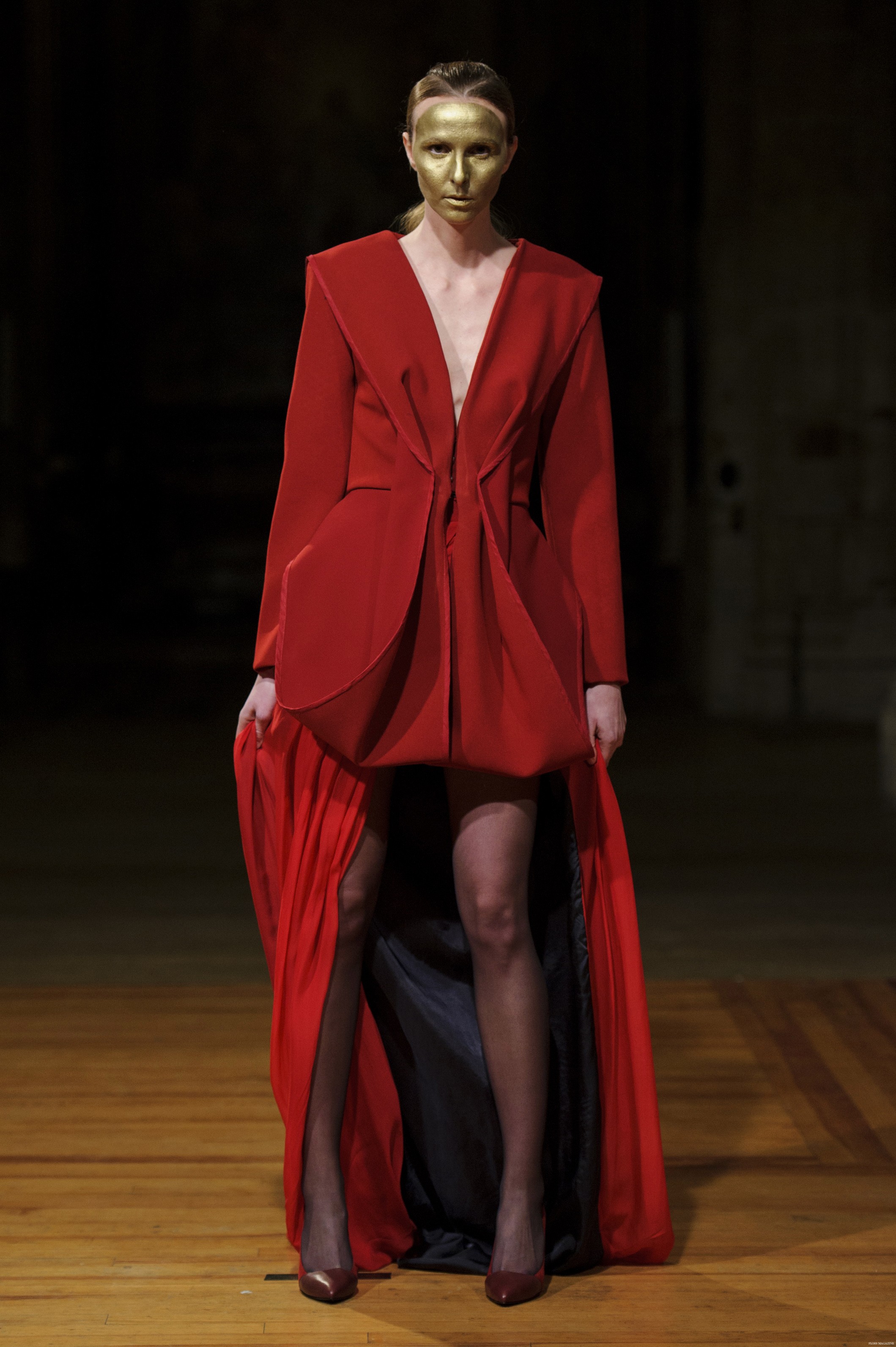 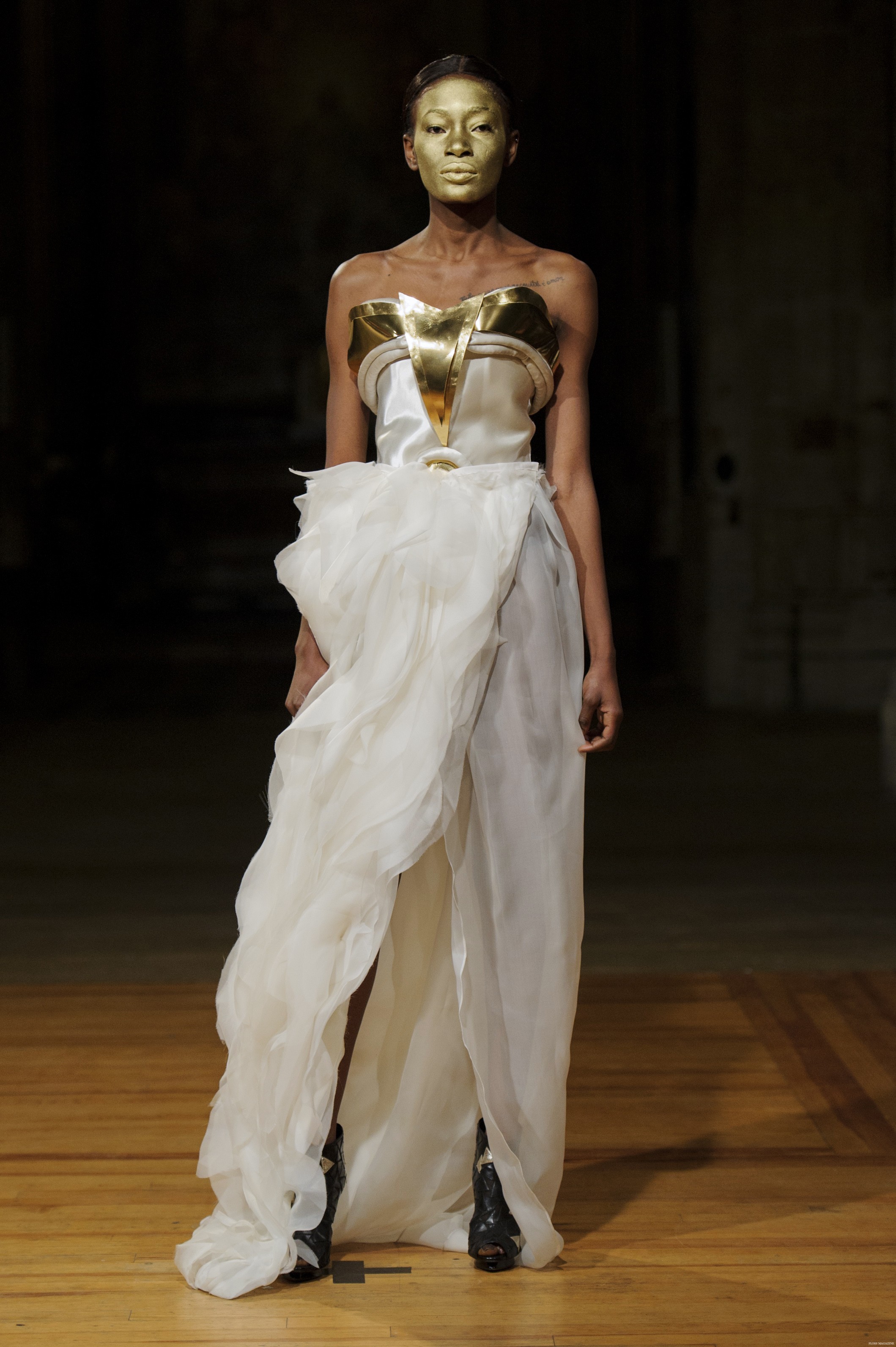 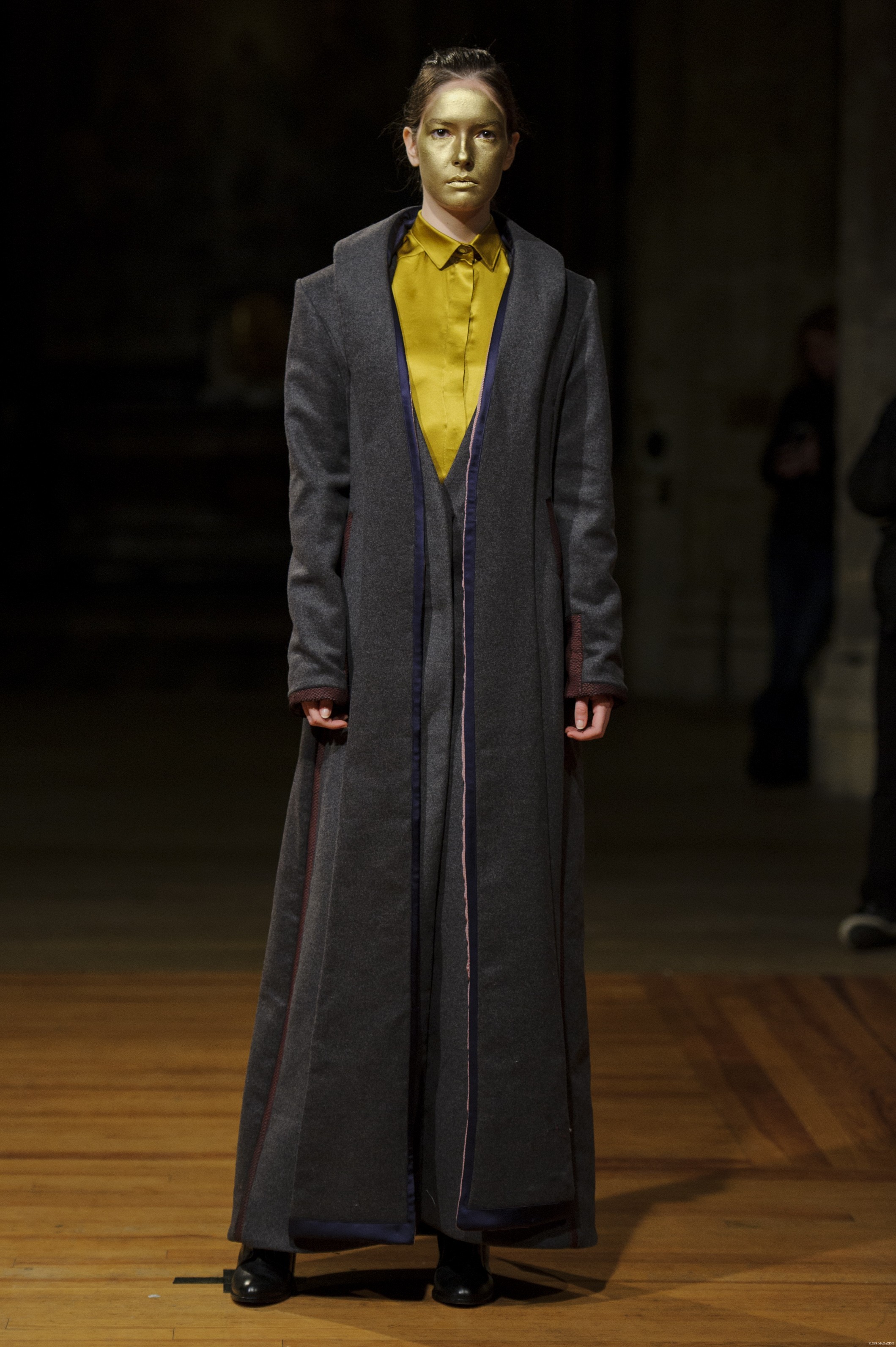 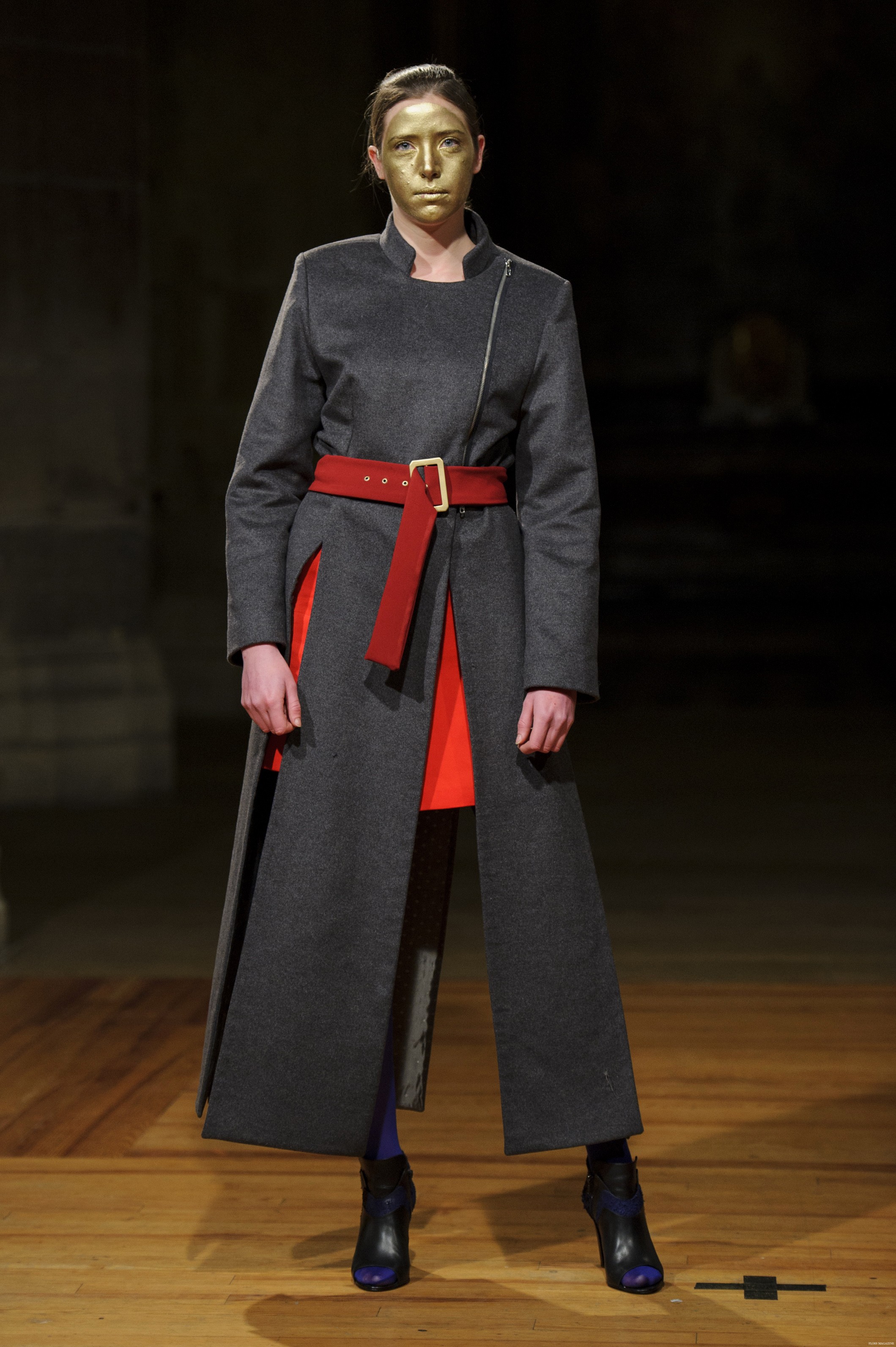 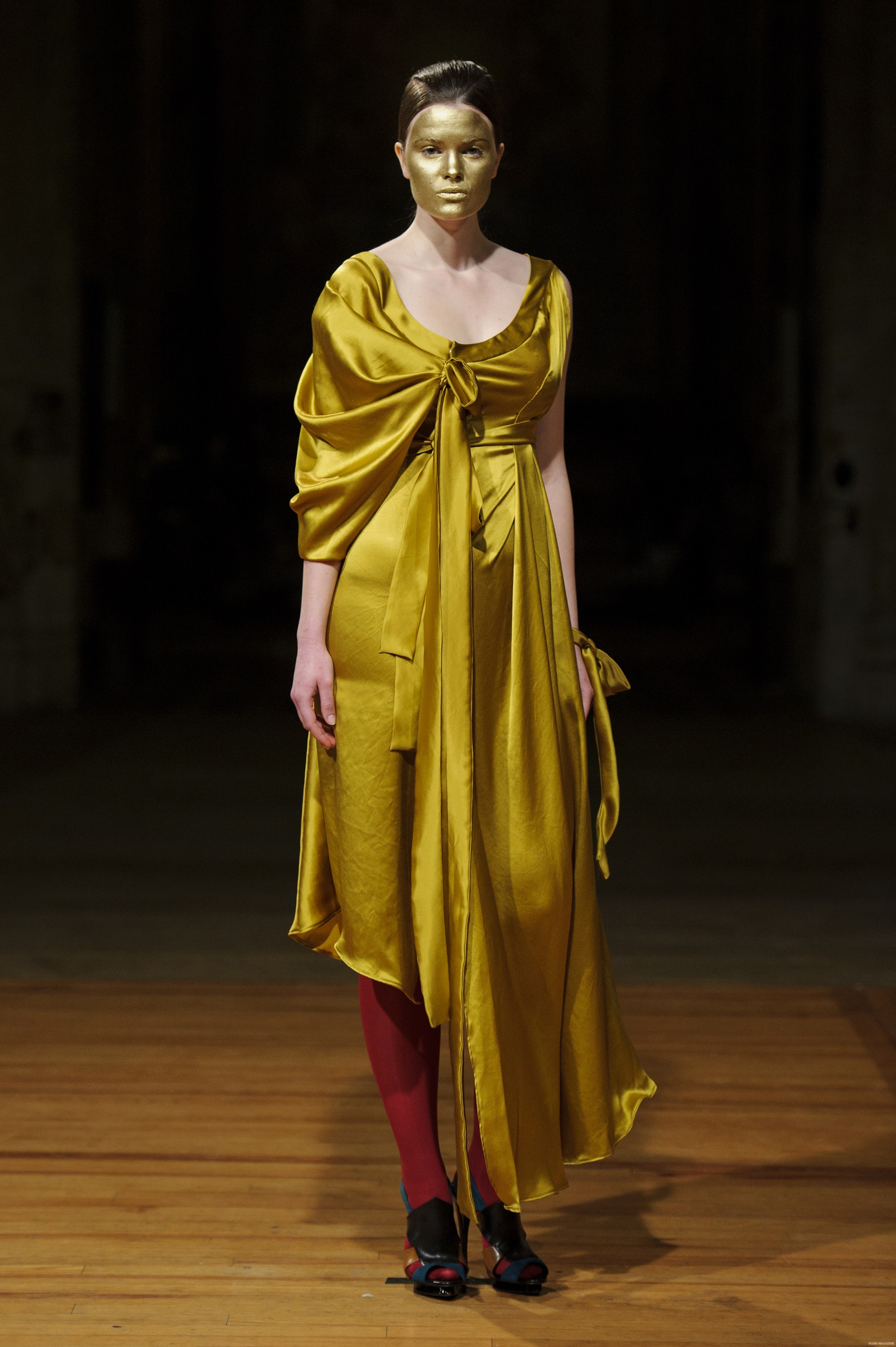 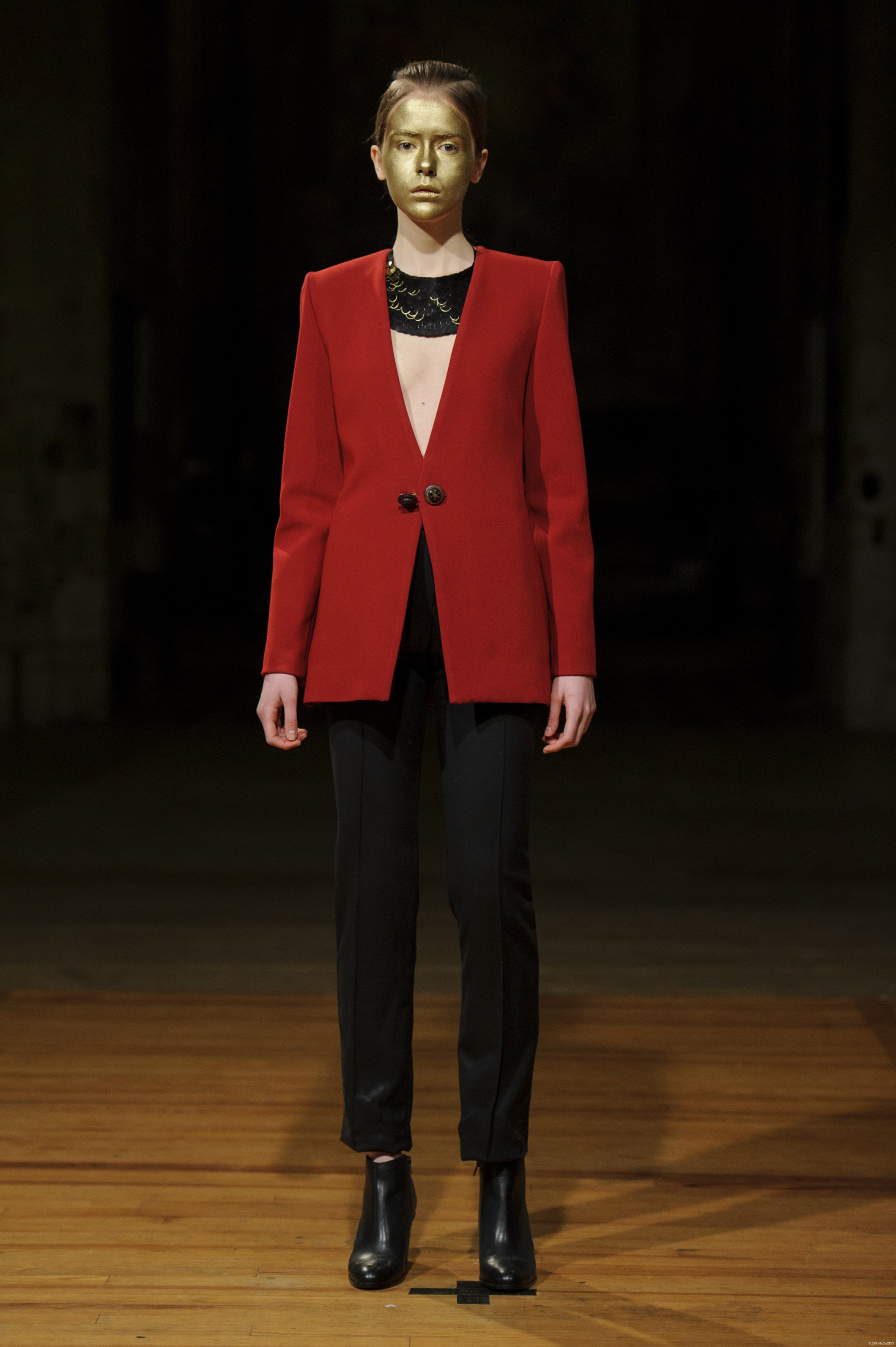 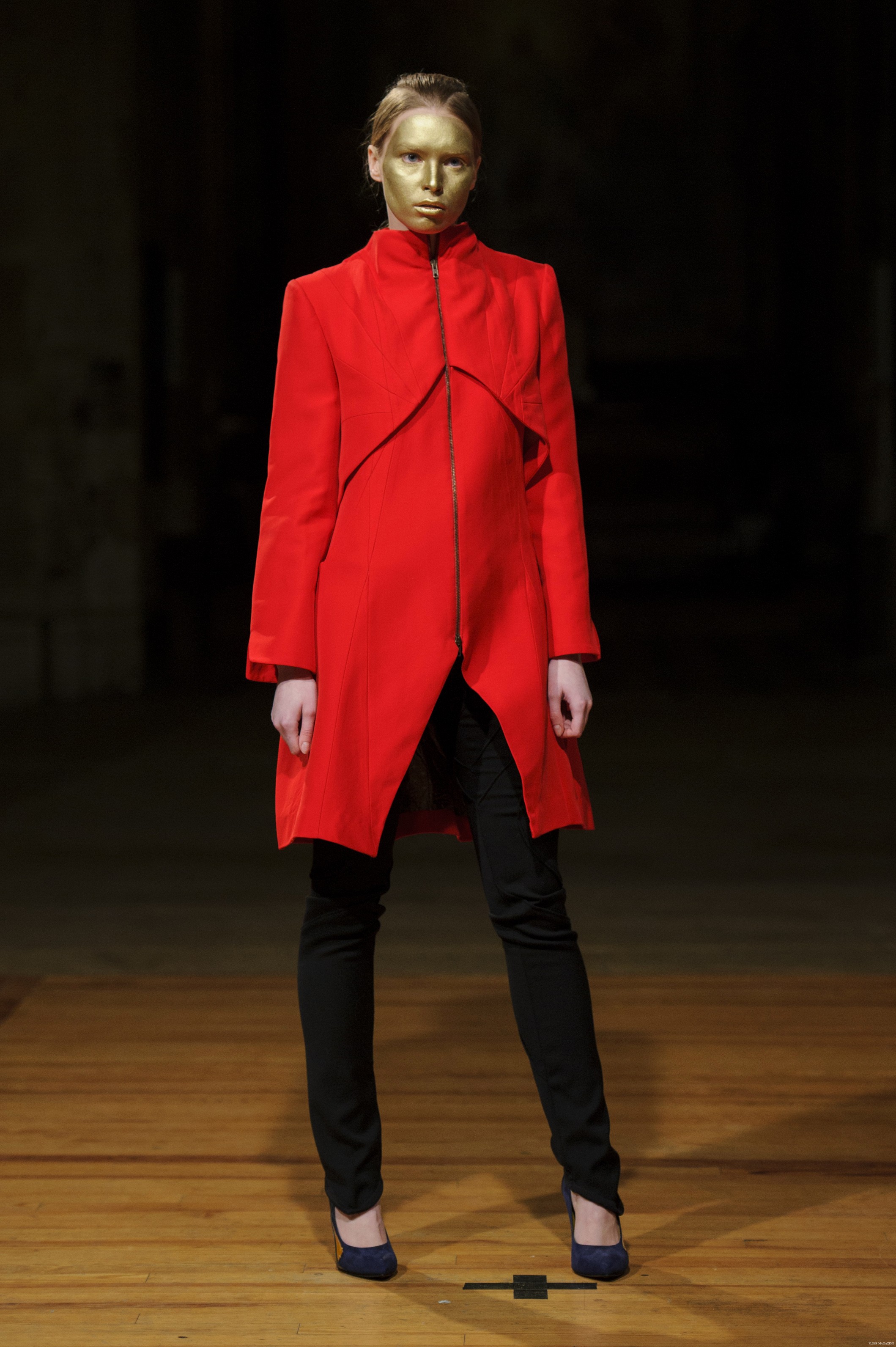 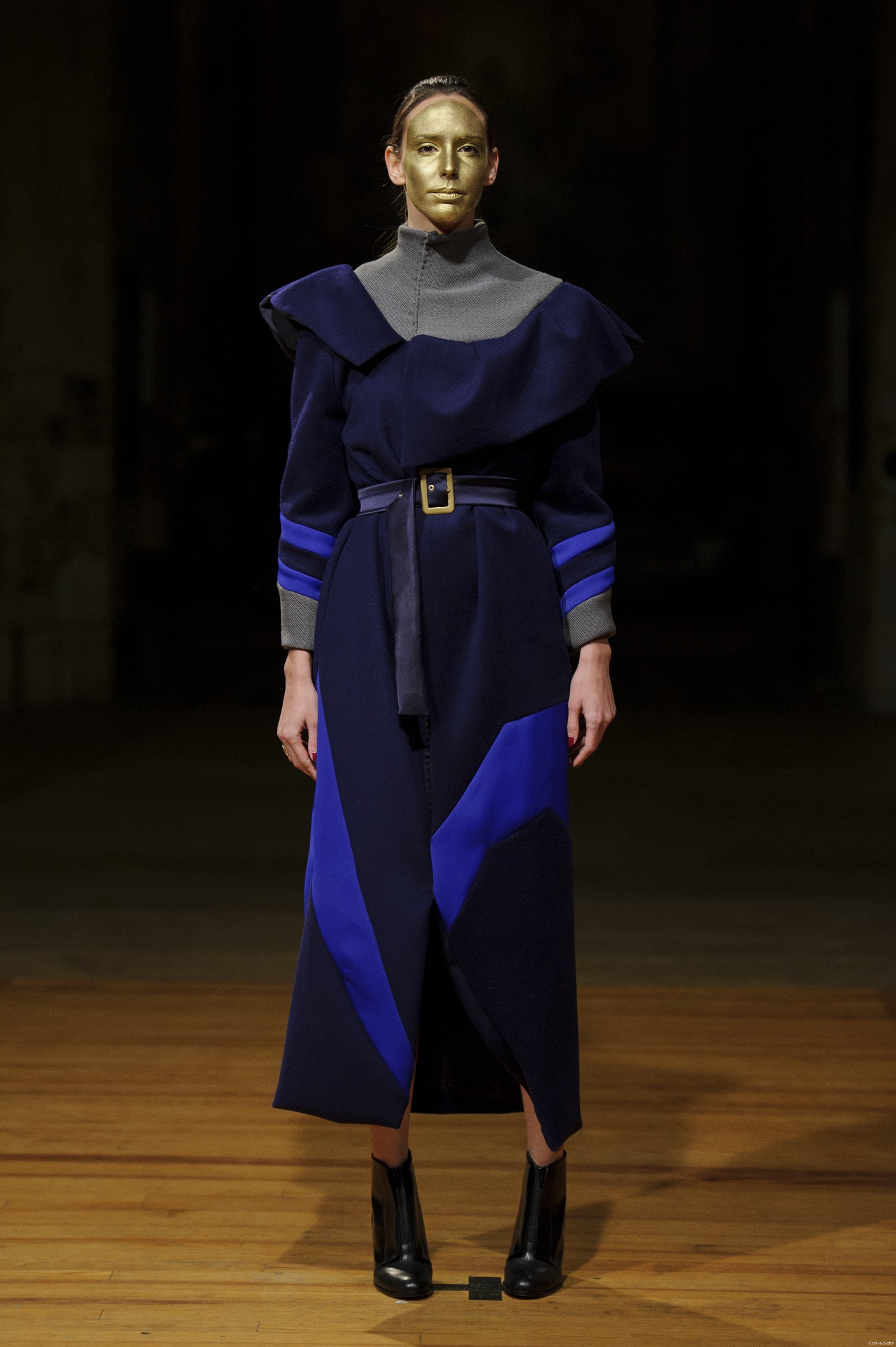 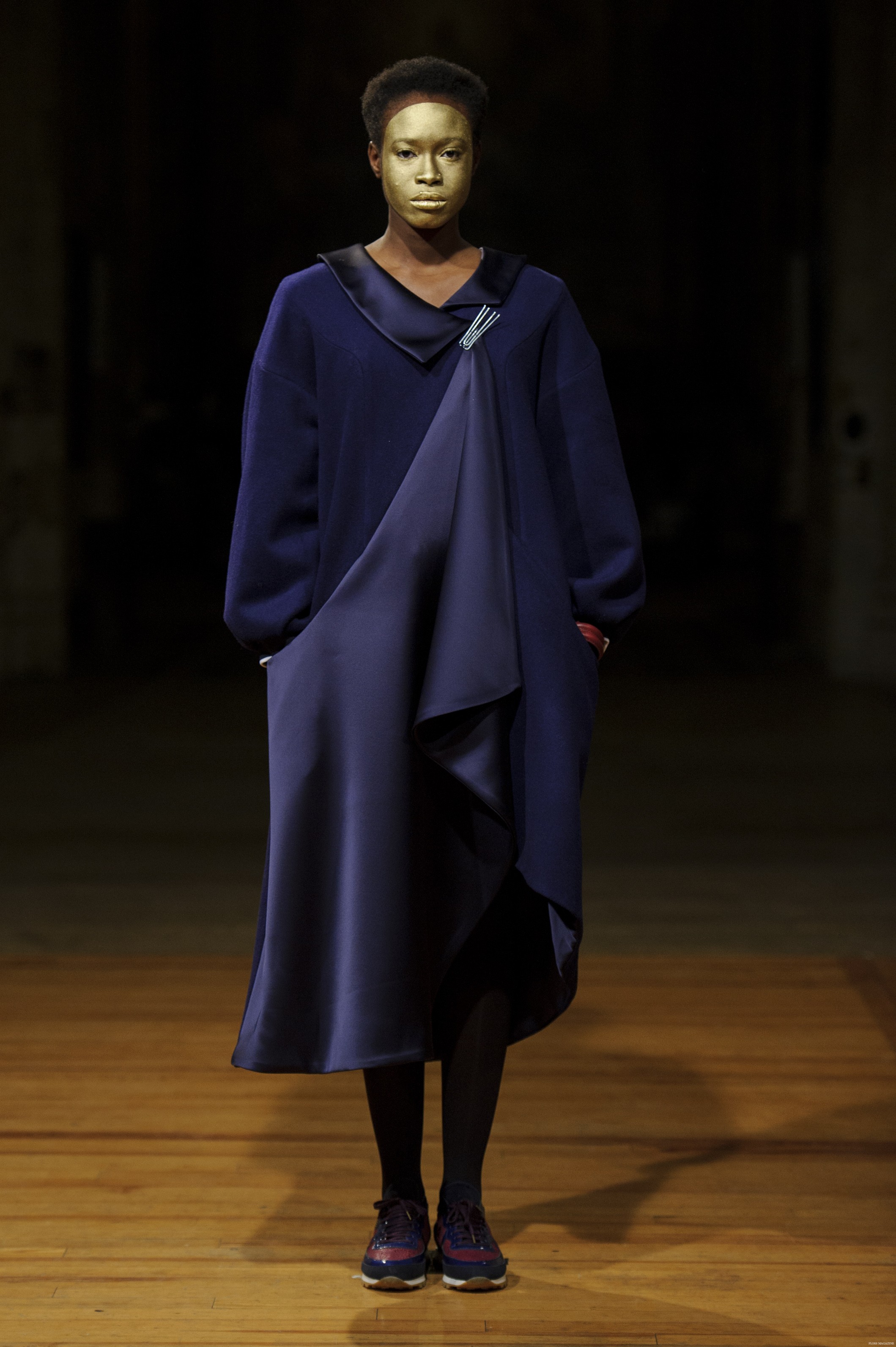 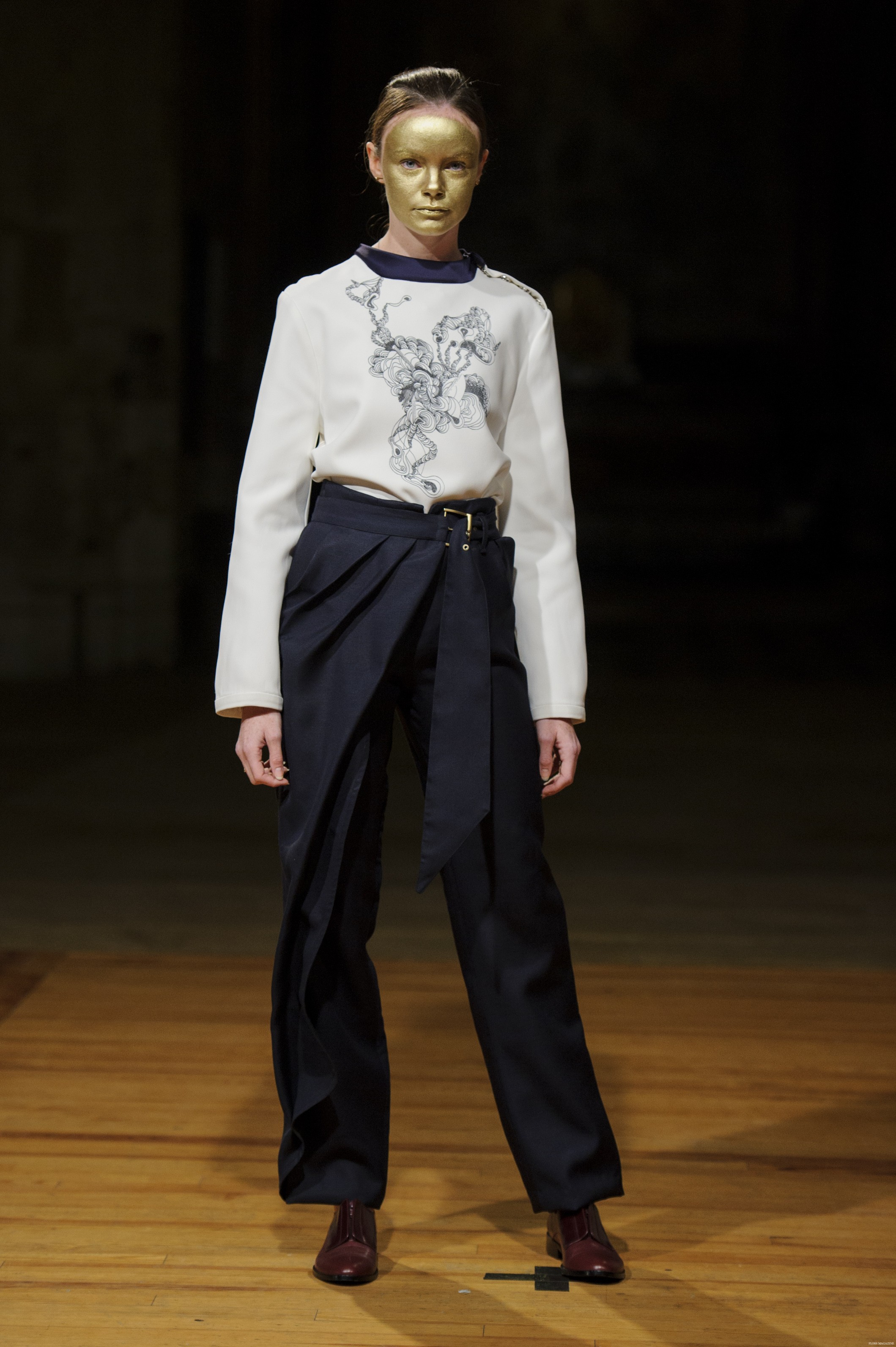 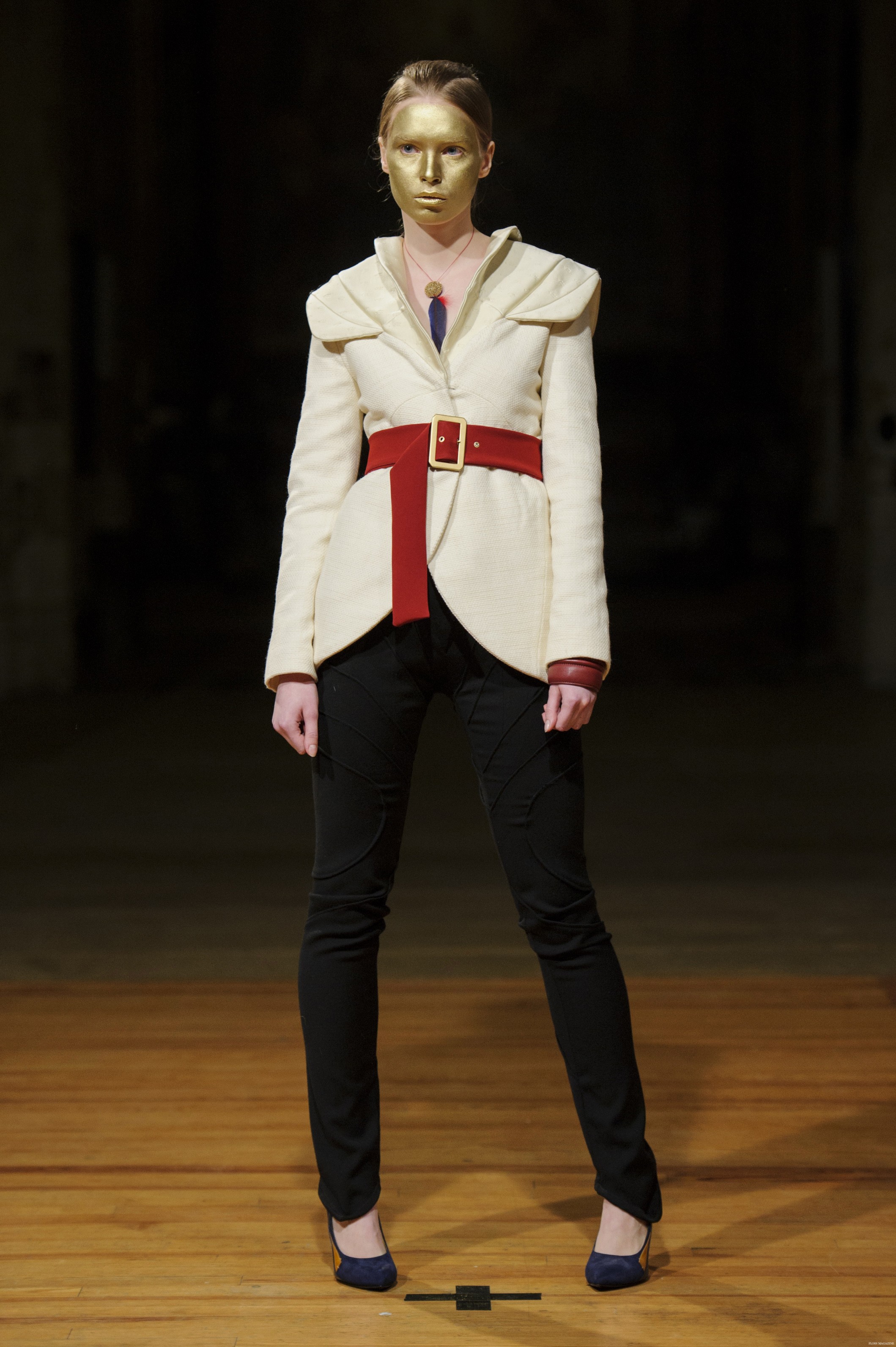 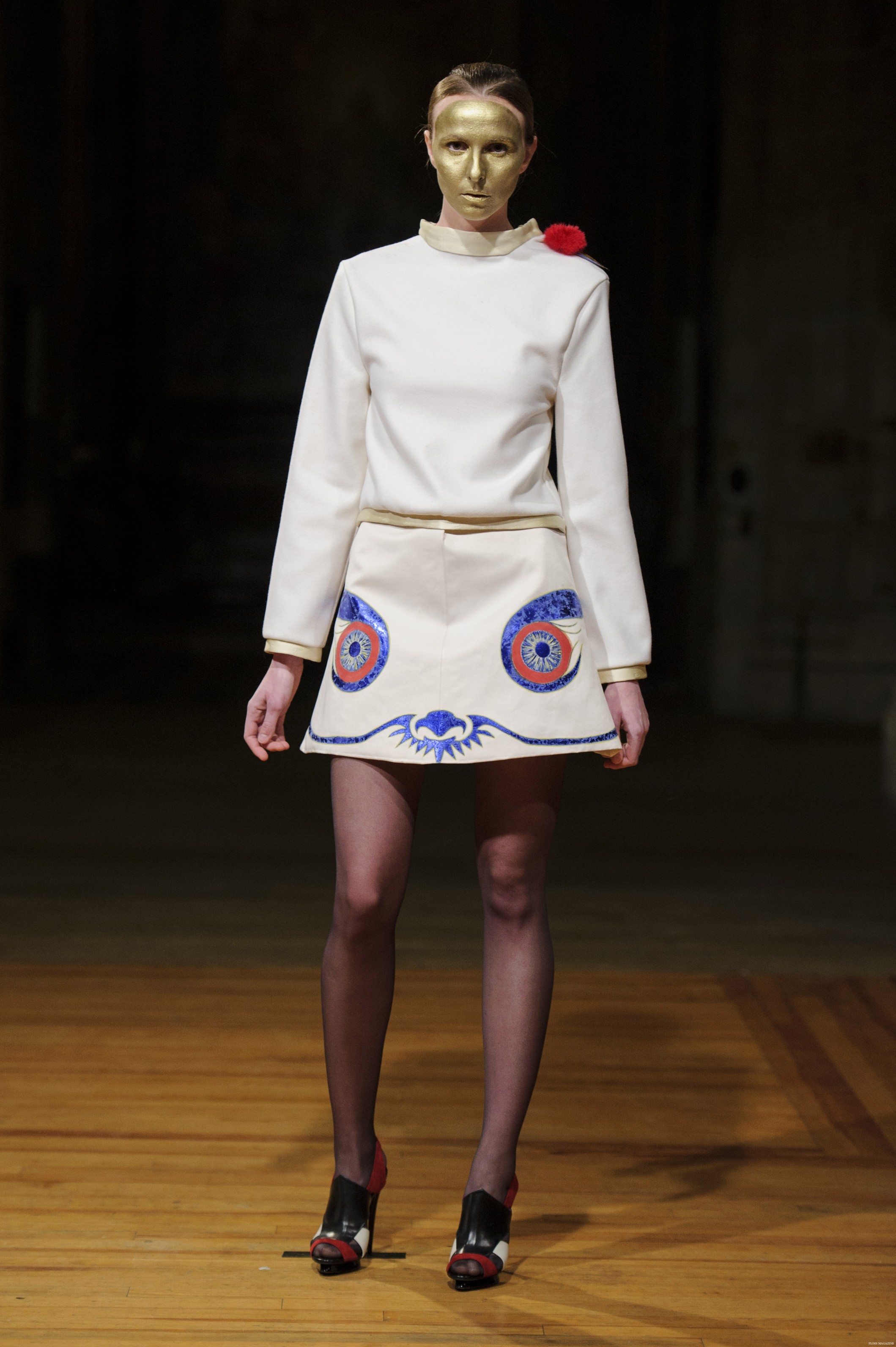 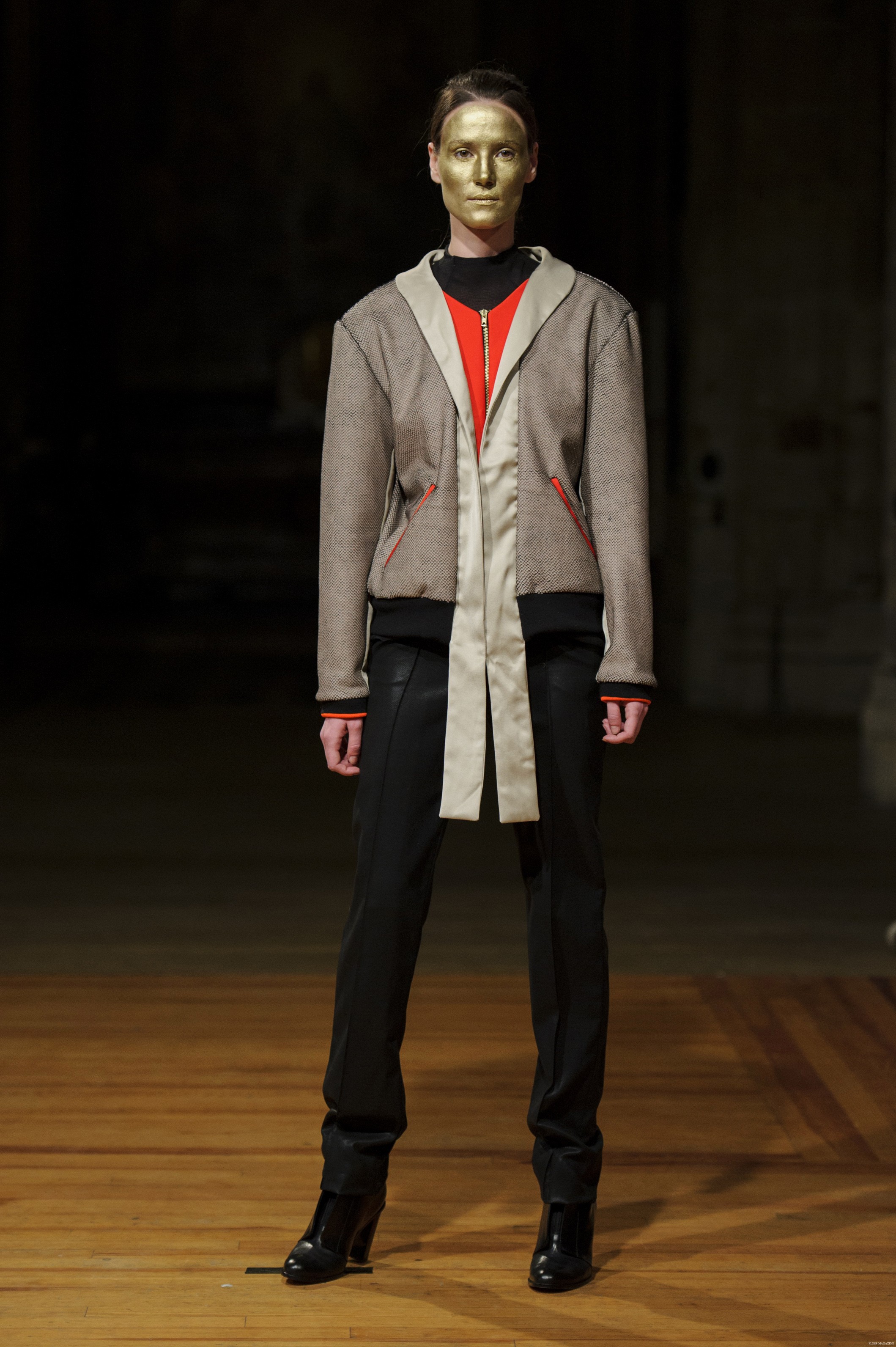 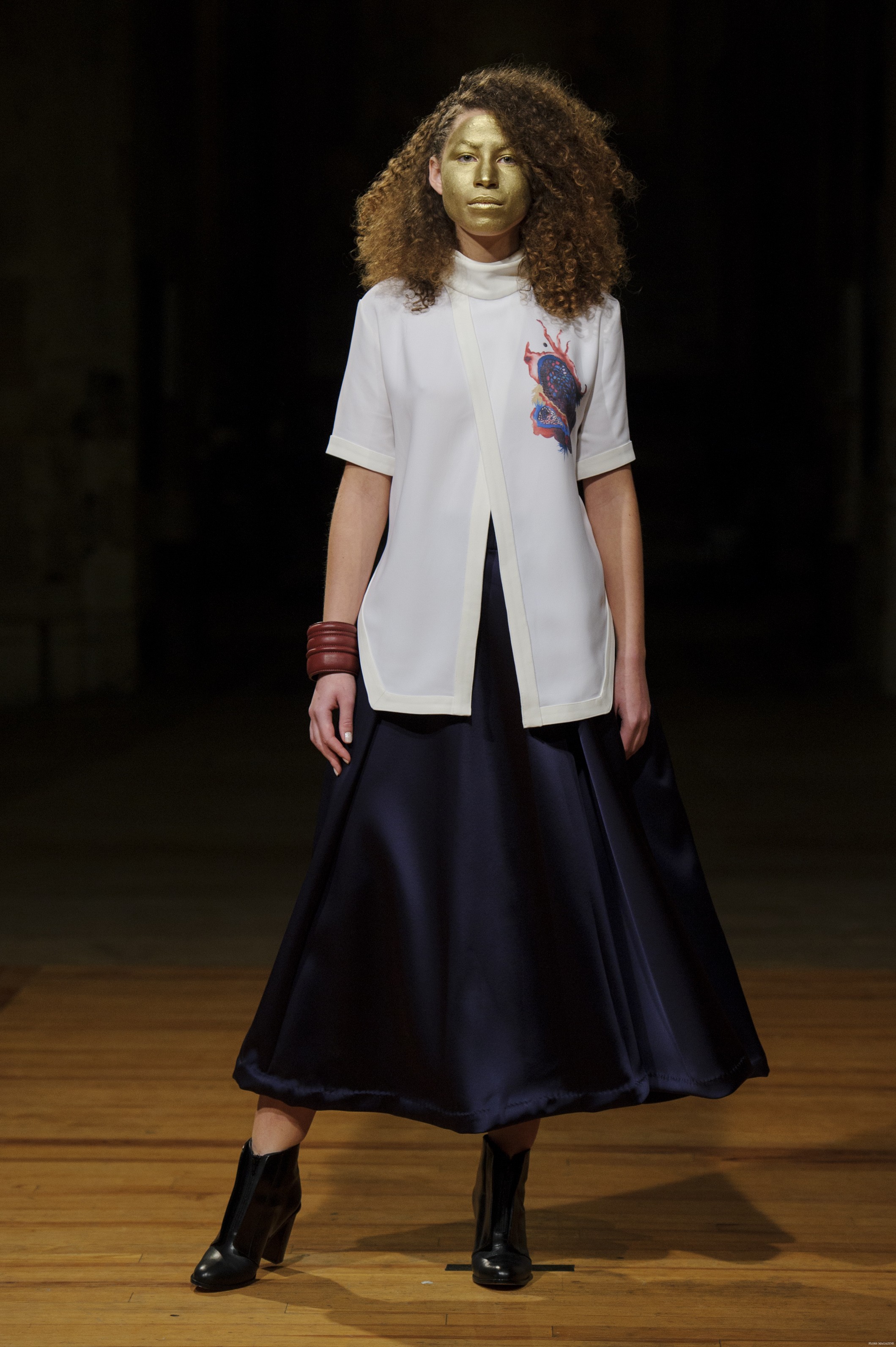 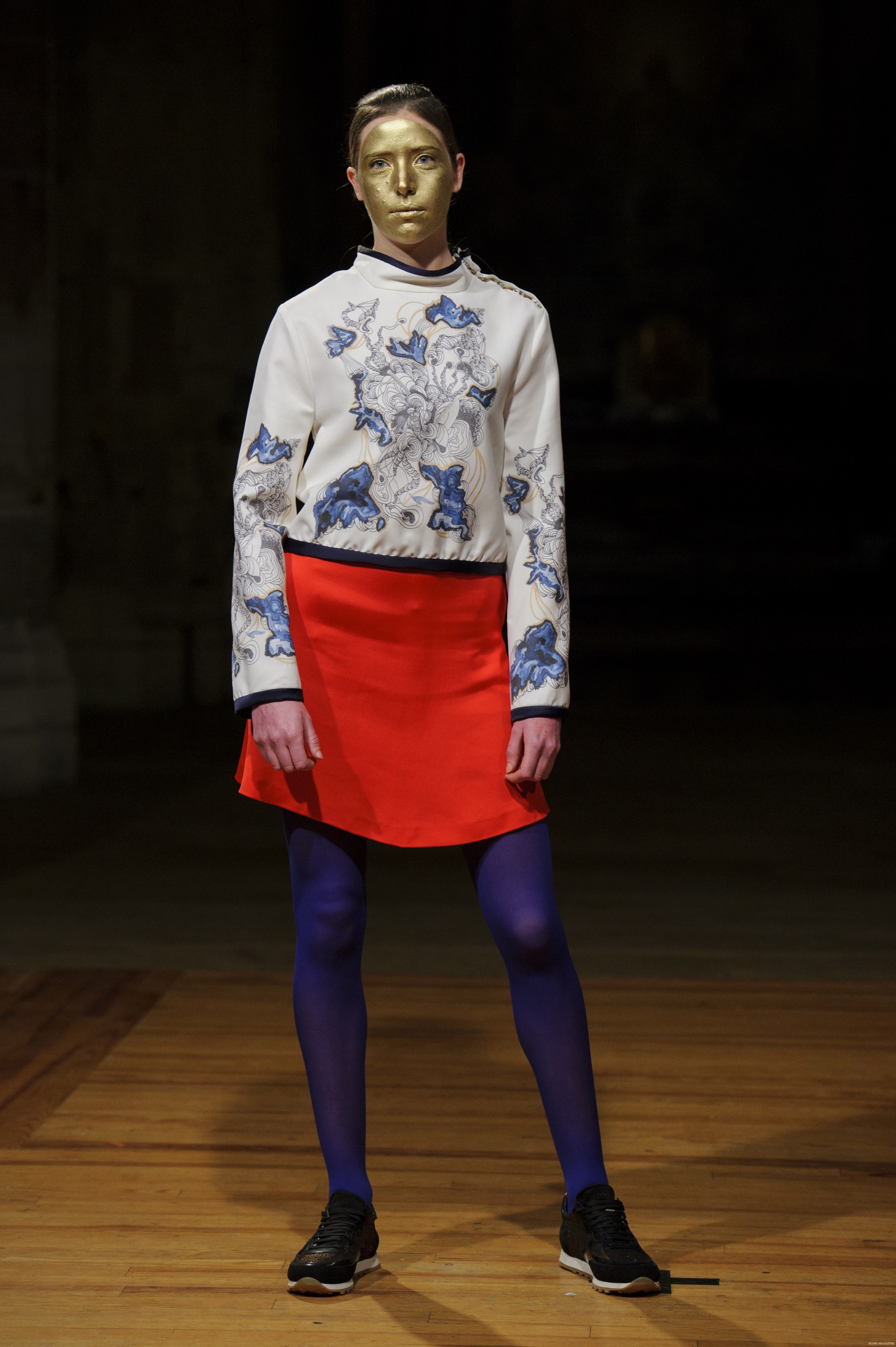 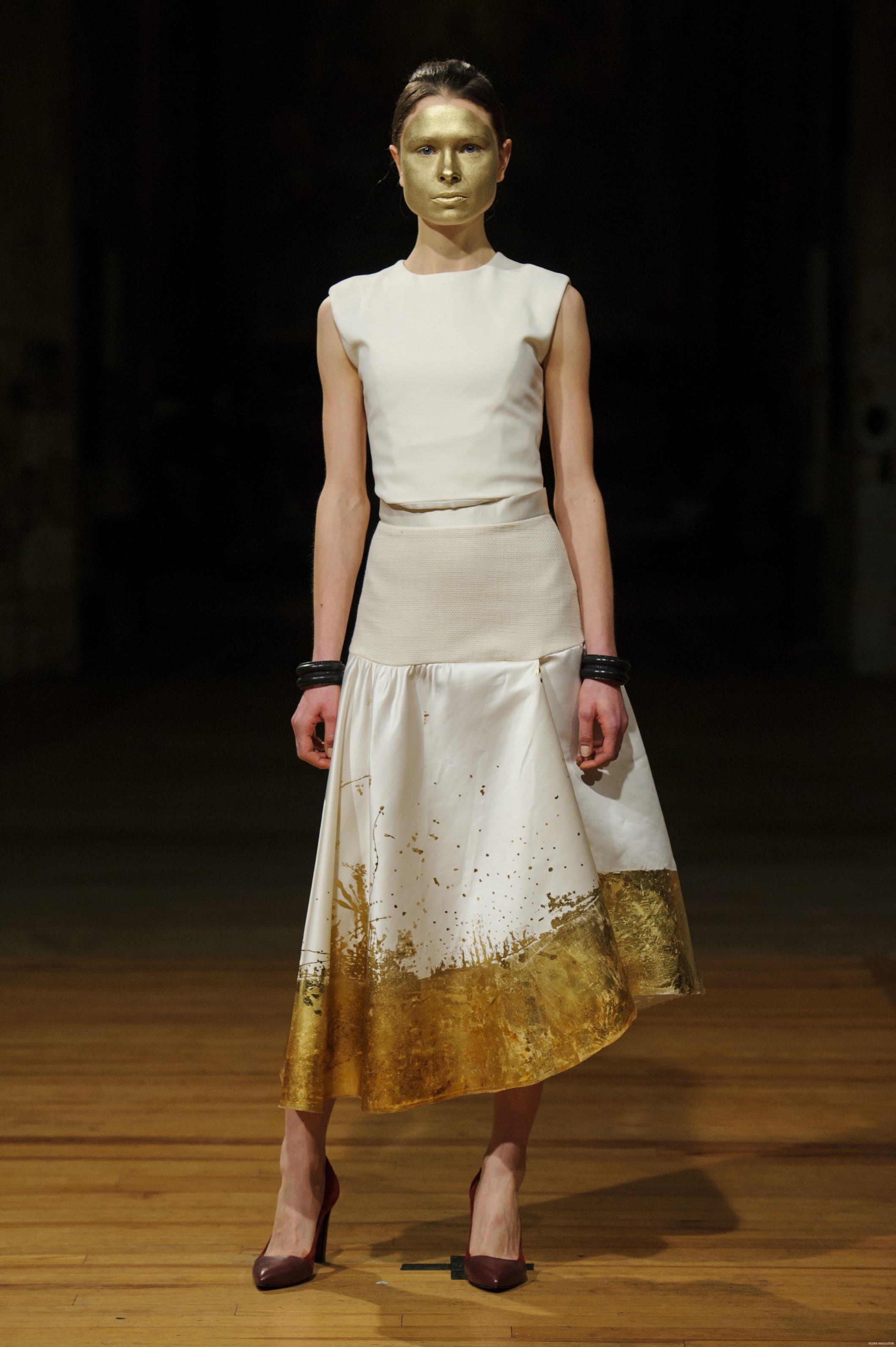 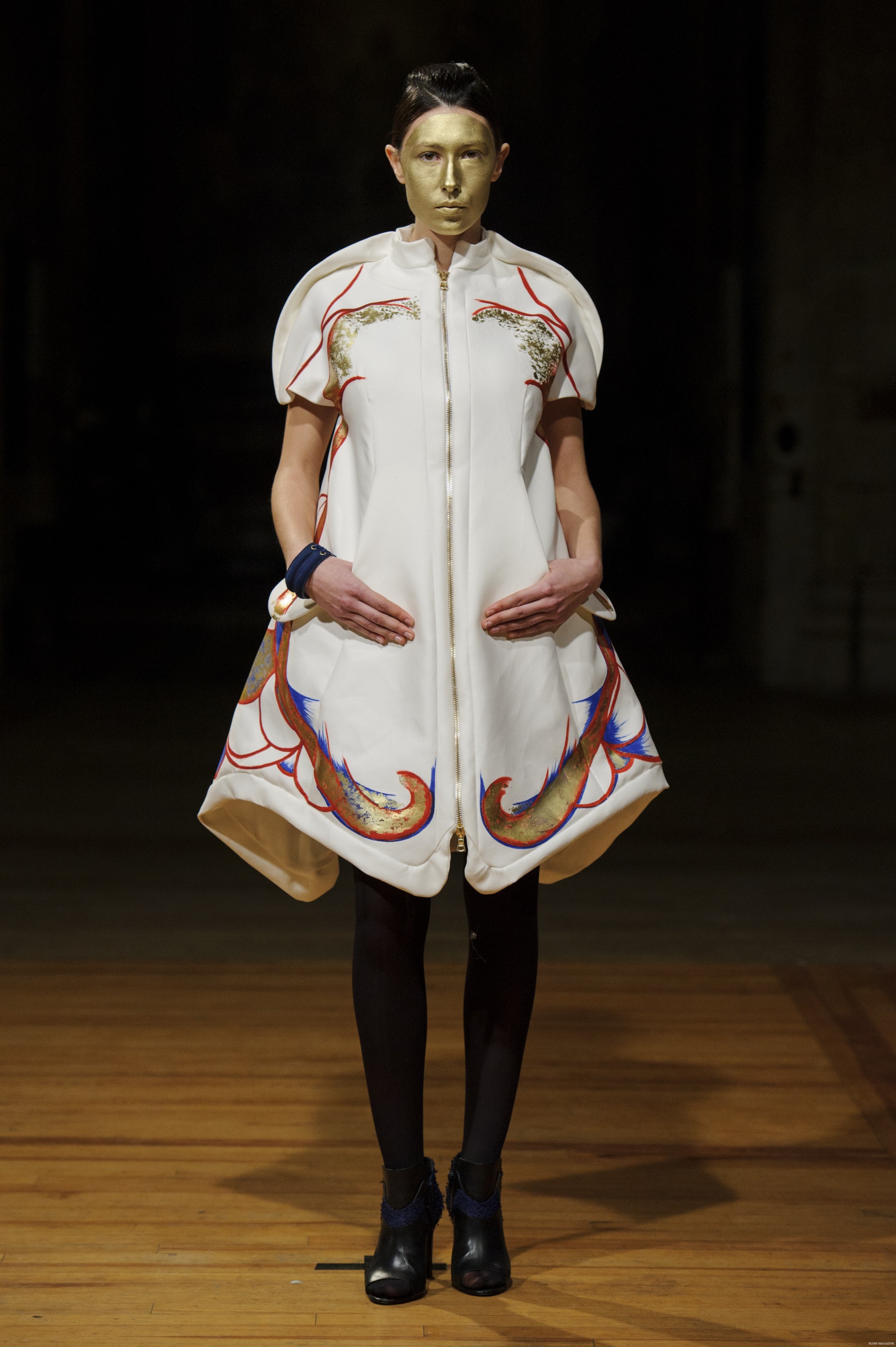 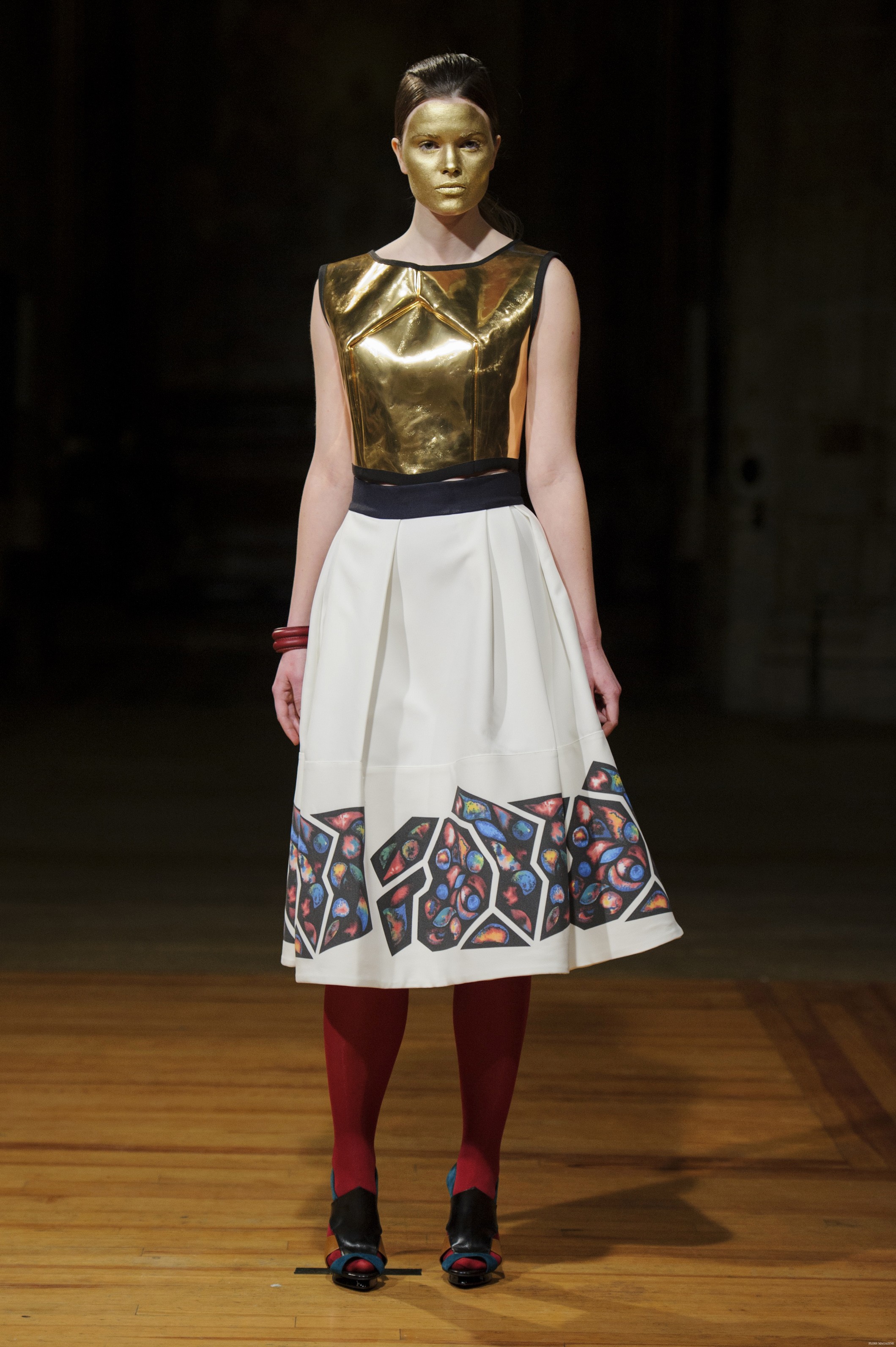