GRAMMY-winning, certified diamond-selling music icon Shaggy kicks into high
gear in anticipation of  his new studio album Wah Gwaan?! – out next Friday, May 10 via The Cherrytree Music Company, Brooklyn Knights Entertainment and 300 Entertainment. Pre-order is available this Friday, May 3.

Tonight (May 2), Shaggy will debut the album’s latest single “You” featuring the 19-year-old Canadian singer-songwriter Alexander Stewart with a performance on The Late Late Show with James Corden on CBS. Next week, the duo will grace the stage of ABC’s Good Morning America on Wednesday, May 8 followed by performances on Live with Kelly and Ryan on Tuesday, May 14 and Strahan & Sara on Friday, May 17.  Tune in to hear the song that Billboard calls an “irresistibly upbeat EDM/dancehall fusion.” 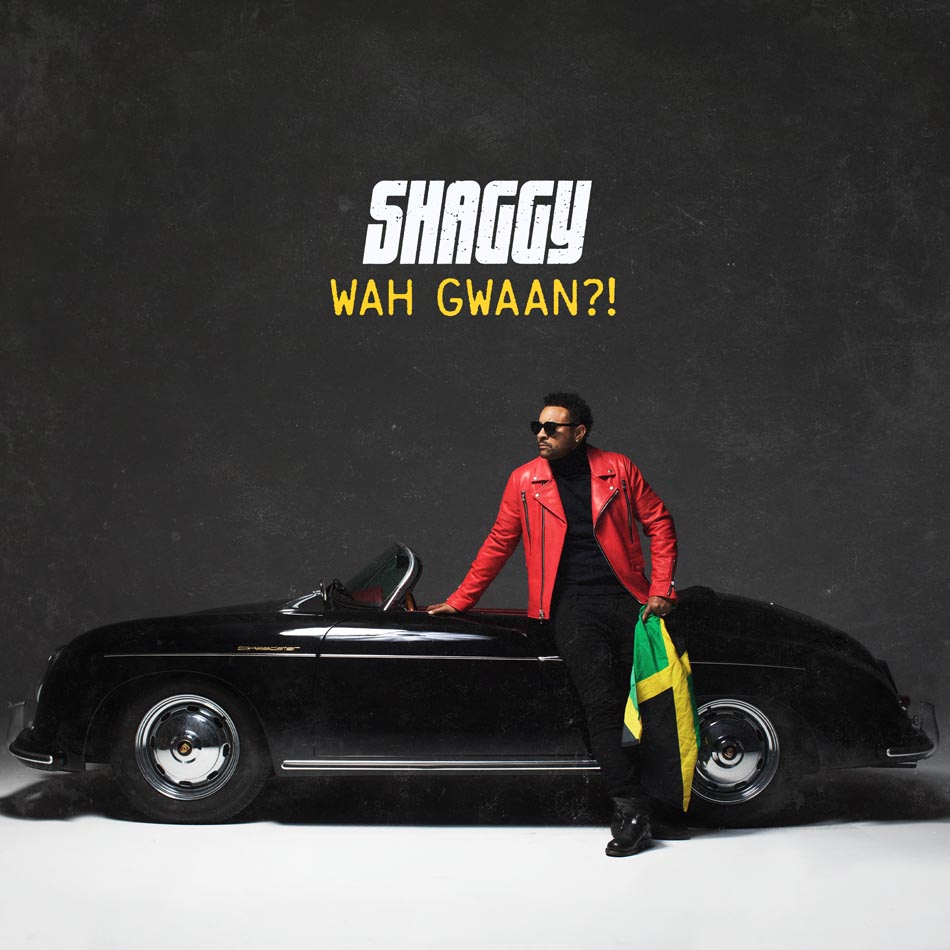 Wah Gwaan?! is Shaggy’s most personal album to date and an emblematic display of his rich sound influenced by all styles of music. He embodies his Jamaican roots on dancehall tracks like “Caribbean Way,” “Frenemy,” “Ketch Mi Up” and “Money Up” ft. Noah Powa. Shaggy balances the seductive energy of rising dancehall superstar Shenseea and GRAMMY-nominated R&B powerhouse vocalist Stacy Barthe on “Super Natural.” His musical worlds collide on “Body Good” ft. Nicky Jam, one of the biggest acts out of the urban Latino scene. Shaggy continues to spread his contagious joy on “Use Me” and “Makeup Sex” ft. Nyanda and reveals his introspective side on “Wrong Room,” an ode about his mother. The artist expands his global reach with the irresistible smash “You” ft. Alexander Stewart and “When She Loves Me” ft. Rayvon. Shaggy and Rayvon have a long hit-making history, spawning ‘90s & ‘00s mega anthems “In The Summertime,” “Angel” and “Big Up.” Shaggy also taps a diverse range of producers including the legendary dancehall brothers Tony CD Kelly and Dave Kelly, Martin Kierszenbaum (Sting, Lady Gaga), iLLWayno (Nicki Minaj, Nas, 2 Chainz), Kizzo and Costi Official. Wah Gwaan?! represents a robust musical journey by a musician/songwriter/entertainer/armed forces veteran that invites the listener in with vibrancy, urgency and hope. Most of all, it captures the Caribbean-forged, energy-infused, adventure-informed musical impulses of a one-of-kind original: Shaggy.

Shaggy will tour throughout the spring and summer. He will also join Sting for a series of shows spanning across the UK in late May performing songs off their recent GRAMMY winner for Best Reggae Album, entitled 44/876, as well as their own respective greatest hits, together.