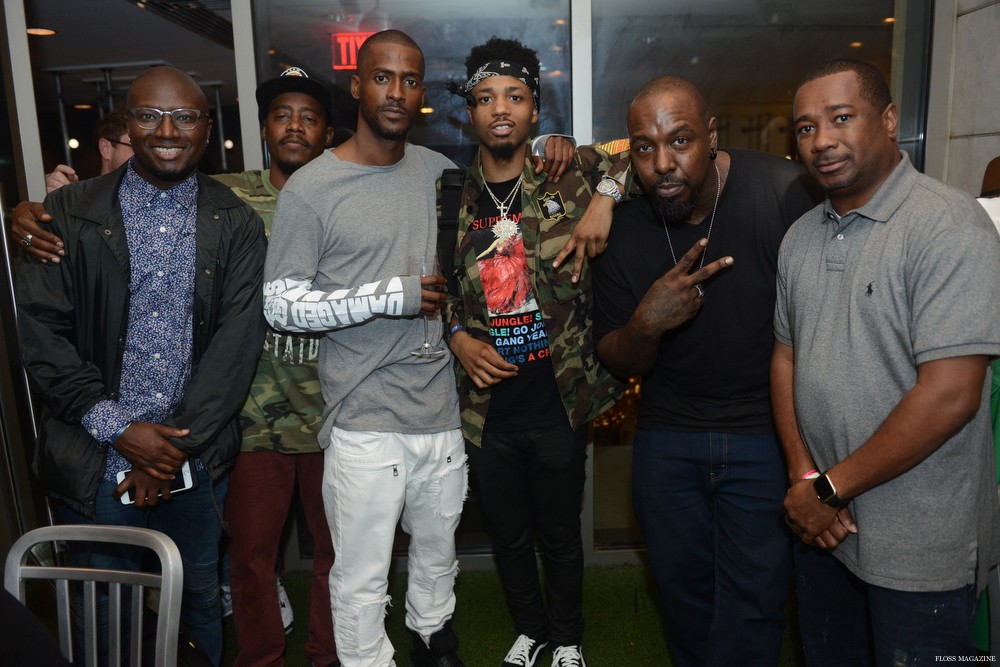 Organized Noize Productions and Seventy 2 Music hosted a private dinner at SXSW to celebrate the upcoming release of the new documentary, The Art of Organized Noize. The film, which is set for a March 22 release via Netflix, debuted at the SXSW Film Festival on Tuesday, March 17. In support of the premiere, Ray Murray and Sleepy Brown also participated in a SXSW Music Session titled Organized Noize: Tales From The ATL, alongside the film’s writer and producer Joshua Krause.

The Art of Organized Noize captures the story of Rico Wade, Ray Murray and Sleepy Brown from the onset of their musical career through the tumultuous ride that has positioned them as Southern Hip-Hop legends. Undoubtedly the pioneers of the dirty south movement, Organized Noize is the creative team behind the landscape of what the contemporary Atlanta hip hop scene represents today.  The trio is responsible for some of the biggest hits in hip hop and R&B including songs for the Grammy Award winning group Outkast, the biggest-selling R&B girl group in the history of music TLC, ground-breaking rap group Goodie Mob which ignited CeeLo Green‘s solo career, music and film star Ludacris, as well as R&B divas EnVogue and legendary artists Eric Clapton and Curtis Mayfield. The trio continues to work on new music today and is currently in the studio with Outkast’s Big Boi.  They have recently worked with J. Cole and Dom Kennedy and were instrumental in the launch of Future‘s career.

The film boasts appearances that include: LA Reid, Big Boi, Andre’ Benjamin, Ludacris, CeeLo Green, 2 Chainz, Future, Big Gipp and Sean Puffy Combs who directed the first Outkast video and speaks on Organized Noize‘s influence on the culture
exclaiming, I will protest if they are not in the Rock and Roll Hall of
Fame.