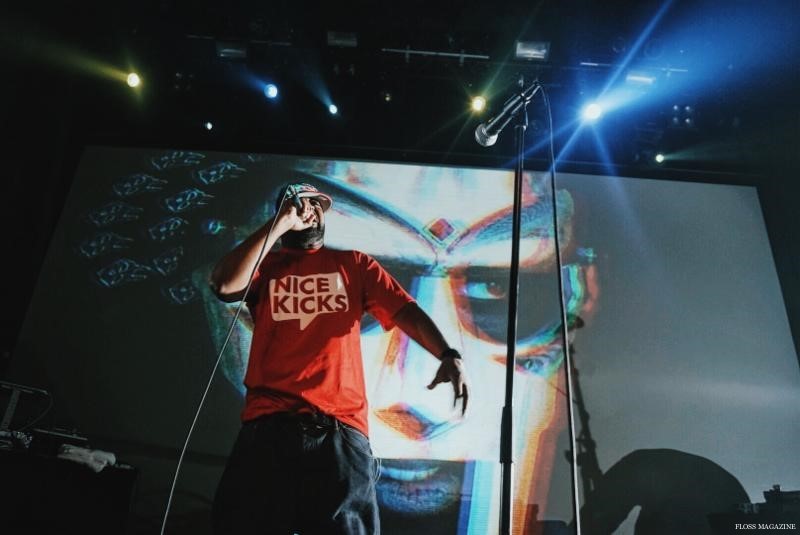 Two of Hip-Hop’s most polarizing figures took stage at Emo’s East on the second night of the eight annual #SXSWTakeover, proving once again why no one can do what they do. Following an evening that already featured tons of fresh energy, courtesy of newcomers DonMonique and Jazz Cartier, fans were treated to a special multi-media performance by DOOMSTARKS, which started with the ellusive DOOM appearing via satellite from a coastal location to welcome fans and set the seen for Ghostface Killah.

The two ran through past collaborations, including Lively Hood and The Mask before morphing the performance into a Wu-Tang affair. Ghostface gave fans more than a few favorites, including Daytona 500 and ODB’s Shimmy Ya before bringing Cappadonna and Killah Priest out to perform his hit single Cherchez La Ghost.

Within seconds of Ghostface exiting the stage, fans began chants of BaseGod to bring out the night’s headliner, who obliged quietly coming onstage during the DJ’s transitional set. Lil B immediately went into a medley consisting of BaseGod versions of hits like Drake and Future’s Jumpman before going into originals like Stephen Hawking and guest verses like his appearance on Lil’ Wayne’s Grove St. Party. The set felt more like a group of friends hanging out than a performance, with Lil B often pausing to allow fans to perform entire verse, which they were more than happy to do.