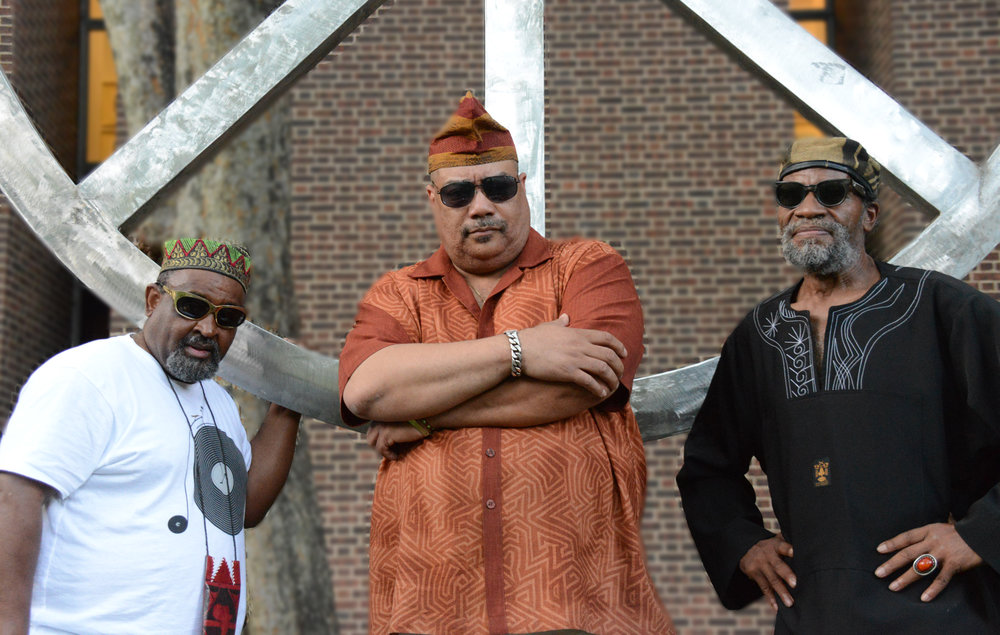 Today, The Last Poets released their new song “ A.M. Project” from their Jamaaladeen Tacuma -produced album Transcending Toxic Times (out tomorrow via Ropeadope).
So far the full length has been praised by Rolling Stone , The New York Times , Complex ,Glide , and Billboard , who described “A.M. Project” as “a wide-ranging, eight-plus minute track that… incorporates a number of ‘personal things’ ranging from love to substance issues and an overall search for purpose and meaning in life.”

Listen to “A.M. Project” below:

Formed in 1968, The Last Poets are heralded as the godfathers of hip hop alongside the likes of Gil Scott-Heron. The Poets’ music was part of a wave of politically resonant, culturally influential music released by African American musicians including Marvin Gaye, Funkadelic, Curtis Mayfield and Quincy Jones, and they eventually inspired hip hop giants like Dead Prez, Common, Public Enemy and Kanye West. Transcending Toxic Timesfeatures original The Last Poets members Abiodun Oyewole and Umar Bin Hassan alongside longtime percussionist Baba Donn Babatunde and bassist/producer Jamaaladeen Tacuma. Other poets on the album include Ursula Rucker, Wadud Ahmad, and Malik B (a founding member of The Roots).

50 years ago, Abiodun Oyewole was mourning the deaths of Malcolm and Martin among many others lost in the struggle of the time. Looking to speak truth and challenge the thinking of both the oppressors and the oppressed, he formed The Last Poets. Soon after the group’s inception, Oyewole met Umar Bin Hassan at a black arts event in Ohio, and Umar made the trip to New York to join them. Baba Donn Babatunde showed up later, adding percussion to their poetry. The three men have persevered through decades of personal and political challenges, while still adhering to the higher principles of love, respect, and kindness to all humankind.

Enter Jamaaladeen Tacuma: in addition to playing bass on Transcending Toxic Times , it’s his role as producer that elevates this album above all others. Tacuma innately understands The Last Poets’ message and how it must be delivered. It is not poetry set to music, nor is it music made for poets: it’s a seamless transfiguration of groove and language and the essential power that can result in the combination of the two.

“Working with Jamaaladeen is special,” says Oyewole. “He allows you to relax and feel comfortable in the environment, besides the fact that he is a first rate bassist. The Last Poets are poets reflecting the good, the bad, and the ugly of black people. There is nothing more significant than to have an opportunity to produce an album with someone who has the same sentiments.”

Transcending Toxic Times is a work which reflects the range of human emotion: anger, scorn, frustration, challenge, beauty, sorrow, love, and joy are all present. The spoken word is rhythmic, and melodic at times. The baselines and the groove are irresistible, and the message is unavoidable. As African Americans continue to press the nation for truth and equality, The Last Poets’ standpoint is as important today as it ever was. 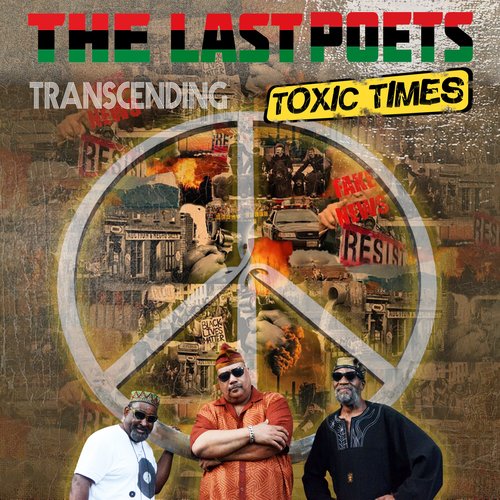 1. We Are The Last Poets