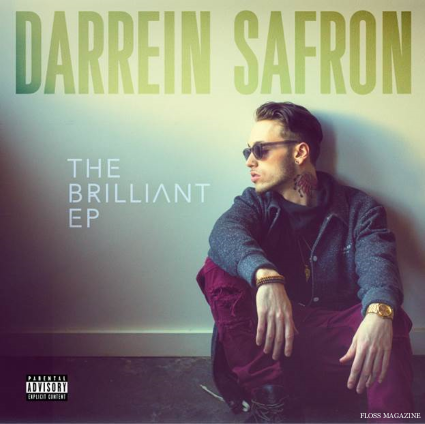 Darrein Safron’s, The Brilliant EP, dropping this Friday (March 11) on Tech N9ne’s, Strange Music label. Darrein hails from St. Louis and has been singing since he was 2 years old. The smooth-voiced R&B singer landed a deal at Strange last year after appearing on cuts with Stevie Stone, Tech N9ne and Rittz, his newest labelmates. The Brilliant EP is Darrein’s first Strange release and includes his brand new track, That Me which is already getting major traction at radio stations across the country. Look out for new videos from Darrein coming soon as he preps his debut Strange Music LP for Fall 2016.

The Brilliant EP—which gives a nod to Darrien Safron’s diverse range of contemporary musical influences that include Chris Brown, Usher, Drake and Eminem—is anchored by the two-fisted radio singles “That Me” and “Thirsty.” Darrein delivers a seamless mix of pop, r&b and hip-hop, defying usual rigid musical categories.   “Shorty says she’s fucking with a winner/She was straight when her heart fell, timber,” he sings on the no-nonsense “Thirsty,” about a gorgeous yet damaged creature whose heart has been broken way too many times. “Girl I know you beating up yourself/Cuz you could have done it all by yourself.” Like the certified club banger “That Me” and tracks like “All for You,” “Bad Gurl,” and “Shady,” the soulful Frizz produced “Thirsty” personifies Darrein’s glorious, and at times, raw soundtrack to urban life.   “When I get in the booth, I freestyle about my life,” he breaks down his stream-of-conscious songwriting process. “What would I say to a woman if I was really talking to them? I don’t think about making a metaphor for flowers or love [laughs]. Sometimes my lyrics can be explicit. That’s because I get right to the point. Life is too short to be messing around.”