The Freedom Riders 1961 Exhibition: Celebrating the 55th Anniversary of An Economic Movement 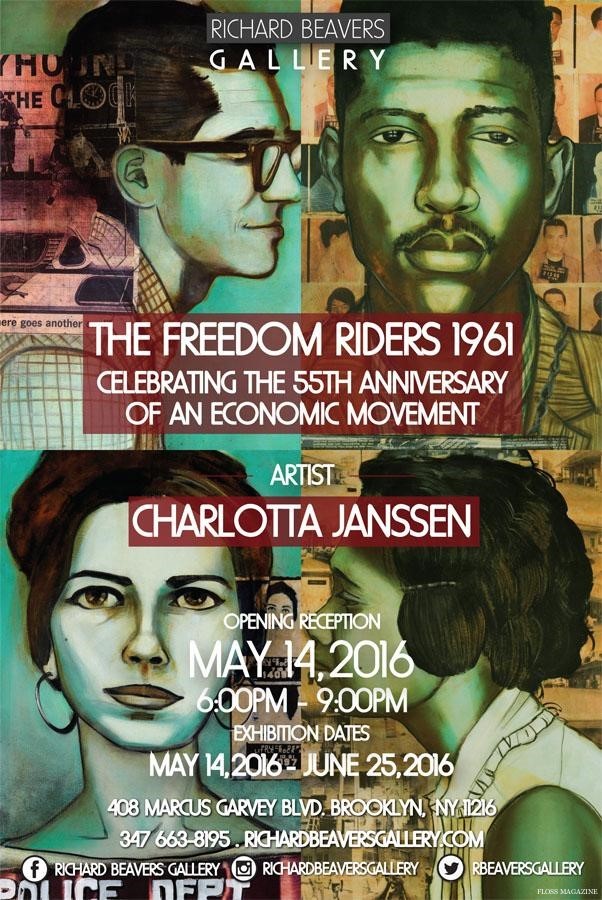 Black Lives Matter protesters Malcolm London and Prentiss Jamar Haney may not be household names, but they were both arrested during two separate public demonstrations standing up for their communities’ civil rights.  Others, such as Sandra Bland, have become a symbol of civil disobedience and injustice as a nation cries out against the senseless tragic deaths of these individuals while in custody.  Some of these arrests may make headline news, while others go unnoticed.  What remains evident is that it is important to realize that every one of them matters. Each unjust incarceration has left an indelible mark in some way or another.

Americans of diverse backgrounds, young and old find themselves in a time, like no other.  News about civil injustice can travel around the world with a click of a post and instantaneously rally thousands to react both peacefully and violently.  Even with the powerful presence of cameras, microphones and up-to-the-minute accounts, unspeakable acts continue to be reported and a nation continues to grow tiresome of its long, turbulent history.  Civil disobedience continues, has even plagued the Presidential debate trail and Americans see it as a way of making their voices heard.

In Charlotta Janssen’s ground-breaking collection, The Freedom Riders 1961: Celebrating the 55th Anniversary of an Economic Movement, she immortalizes those who stood up for the rights of a disenfranchised community with breath-taking images of the 1961 civil rights leaders.  The German American artist turned Brooklyn native plans to share her collection at the Richard Beavers Gallery in Bedford Stuyvesant from May 14 – June 25, 2016.

Janssen specifically honors Freedom Riders from 1961. The collection is comprised of over 50mugshot paintings, some of famed civil rights leaders such as John Lewis, Stokely Carmichael, CT Vivian are captured through oil, acrylic and rustic paintings and brought to life through her use of black, white, teal and haunting imagery.  Janssen also uses collage to tell the story of the movement as well. The exhibition shares portraits of the tribe of the open-minded: young, old (though mostly young), African Americans, Caucasians, Jews, Muslims, Catholics and agnostics who helped to change history.

One of the goals of the exhibit is to bring to life the heroes of the past whom confronted a corrupt legal system and commemorate their courageous fight. According to Janssen, There is a direct connection to Occupy as well as Black Lives Matter. Great ideals are often a burden and you won’t always have success, but you have to keep trying. The 436 members of the tribe of the open-minded who caught the bus between May and December in 1961 are a constant reminder that you can bring about change.